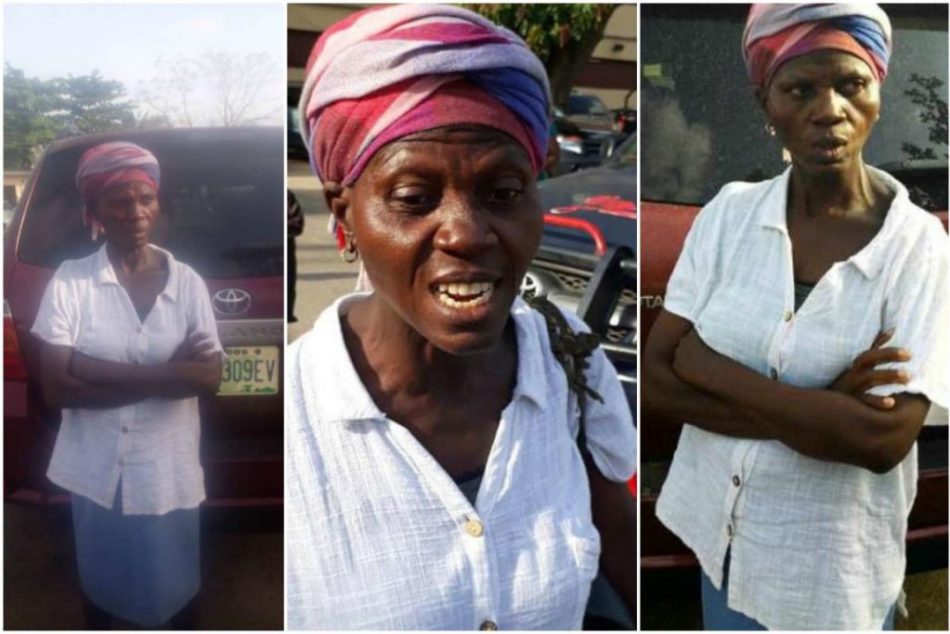 The police in Lagos on Wednesday, May 2 arrested a woman identified as Mary Vera Henry, who allegedly attempted to kidnap two children in Yaba area of the state, claiming that one of the children resembles her missing 20-year-old daughter.

According to report, Vera accosted the children, a 10-year-old boy, Mukaila Ya’u, and a two-year-old girl, Mariam Jubril, along Herbert Macaulay Way, in the morning of the same day and attempted taking them to an unknown destination.

However, things turned around after the Divisional Police Officer heading the Sabo division, Mary Ubangha, a chief superintendent of police, noticed the restlessness as the infant was crying and struggling to break loose from the suspect’s grip.

Imohimi Edgal, the commissioner of the force, Lagos command, explained that:

“The DPO suspected that something was amiss and decided to trail the middle-aged woman. The suspect, according to the CP, noticed that she was under surveillance and quickly diverted into Saint Dominic Catholic Church, Yaba.

“The DPO followed her up and warned the church security men to keep an eye on her and never allow her exit the church without the police ascertaining her identity and those of the children as well as her mission in the church. The security men obliged and brought the woman and the children before the DPO.

“During interrogation, the woman gave her name as Mary Vera Henry of 6, Akanni Street, Shomolu. It was discovered that she was not the biological mother of the children, who are of different parents. She claimed that she lost her 20-year-old daughter whom diviners told her had been reduced in size and stature to a two-year-old child and that the two-year-old child (Marian Jubril) looked exactly like her missing 20-year-old daughter. The woman was arrested and taken to the station for further interrogation.”

Moreover, the actual parents of the children, who visited the command, denied the suspect’s relationship with the children. Amidu, father of the 10-year-old boy, said that he sent his son on an errand but didn’t know when the two -year-old Marian accompanied him.