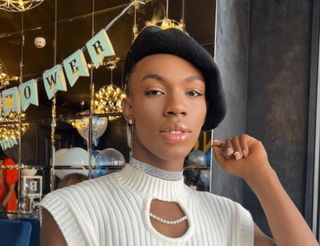 A video of the crossdresser has been trending for hours and in the video, the crossdresser who many people believed that had dropped his man traits was seen in full swing inserting his joystick into the coochie of a lady.

There have been some commentaries about his actions and reacting to these commentaries, he asked the people bashing him whether he is not man enough to service a lady.