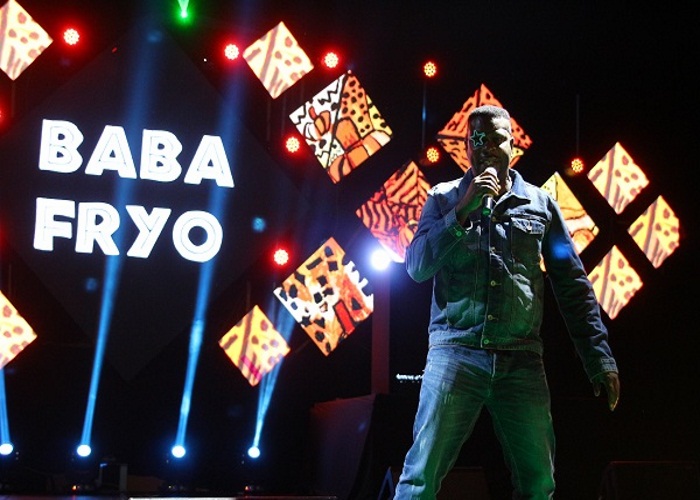 Baba Fryo spoke with Punch in a recent interview and he said he is working on a new album.

Popular ghetto singer, Friday Igweh, aka Baba Fryo, in what seems like a surprise move, has decided to return to the entertainment scene with a new album titled We no Send Dem.

Sharing the news in an interview with our correspondent on Thursday, the musician, whose unannounced exit sent the gossip mill spinning off tales a few years ago, says he has almost completed work on the album and will be shooting the video soon.

Fryo has been ‘missing in action’ in the past seven years, no thanks to pirates whose activities forced him to go in search of other means of survival. Frustrated by piracy and the get-rich-quick attitude of some records labels he had worked with, he had decided to earn a living as a land speculator.

Although life as a land speculator has peculiar challenges, the artiste says he has cause to be grateful to God for improving his fortunes.

He says, “By the special grace of God, I made some good money as a land speculator. Apart from helping to keep body and soul together, the business has changed my life. But show business brought me to limelight and I could never have abandoned it.”

Encouraged by this, Fryo has no other choice than to return to the music studio and to do what he loves doing best: making music.

Interestingly, the musician expresses his gratitude to those who cheated him out of his well deserved earnings from Denge Pose and Notice Me – two albums that ruled the radio waves some years ago – and notes that he would not be where he is now without their input in his life.

“I thank those who have cheated me. But for their actions, I would not be where I am today. And these include those who introduced me to the land business,” he says.

However, the musician, whose trade-mark star patch used to be an object of attraction to his fans, declined to comment on the extent of his new-found wealth.

“I am not like other artistes that like to talk about their worldly possessions, the millions of naira in their bank accounts and more. So I won’t tell you what you want to hear. I am just a simple man and I want to keep maintaining a low profile,” he says.

Fryo affirms that he is back with afro-reggae beat, the same style that is uniquely his own creation, which also made him a dominant force on the Nigerian music scene a couple of years ago

“I have decided to update the style due to pressure from my fans. Each time I try to do other things, they insist that I must do my original style. So I had to satisfy them.”

This time, he has decided to do it all alone without the input of any records label, promoter or marketer. “I want to handle the production of my new album alone. When I am done with recording it, I will promote it myself before worrying about how to distribute and sell it in the market. But I want to release a single first,” he says.

Currently mixing the tracks in a studio in Lagos, Fryo plans to complete the video shoot before announcing a date for the release of the album. But he has no intention of featuring younger artistes in any of his works in the nearest future.

Explaining why, he says, “I won’t even consider it because I don’t want any trouble with these young boys. Many of them have no respect for older musicians. So I want to do my thing alone.”

Fryo advises fellow artistes, especially the younger ones, to find something else to do for a living instead of focusing on only music.