Amaechi- I Do Not Have An Account With A Bank In Minnesota, USA 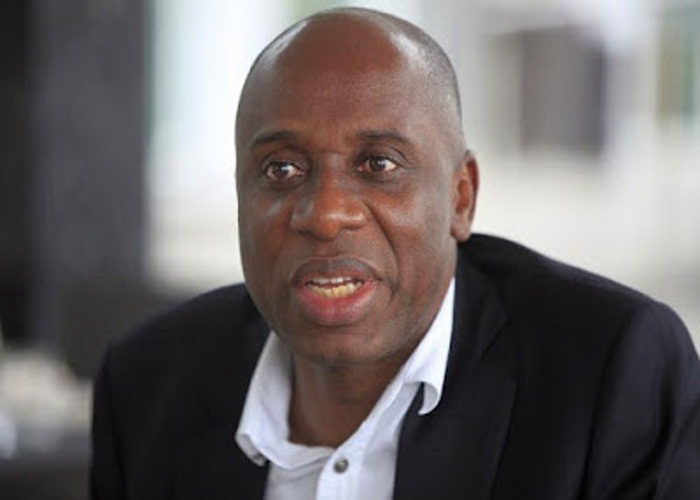 Read the statement from former Rivers state governor, Rotimi Amaechi denying claims that he operates an account with an unnamed bank in Minnesota, USA. The press statement was released by his media aide, David Iyofor.

Our attention has been drawn to fake stories making the rounds on the Internet and social media about former Rivers State Governor Rt. Hon. Chibuike Rotimi Amaechi.

The stories are all what they are- concocted and failed attempts to ridicule the person and achievements of Rt. Hon. Amaechi.

Our initial reaction was to ignore them, but to clear the doubts of those concerned we have decided to issue this statement.

There is absolutely no truth in fabricated story saying Amaechi has an account with a Bank in Minnesota, USA; same as the concocted write-up alleging that CNN’s Christiane Amanpour accused Amaechi of corruption.

They even went ahead to say Amaechi wrote to Bancorp and another bank in Switzerland stating that the said funds were deposited in error. This is absolutely false.

It is important for the public to note that no such account or accounts exists. There is also no story of Amanpour linking the former governor with any corruption issue or case whatsoever, not on CNN or any verified news source or website associated with Amanpour.

These are all lies, concocted in an attempt to put the public against the acclaimed people’s governor whose achievements as governor of Rivers State speaks volumes and drew admiration and accolades from within and outside Nigeria.

All these fictitious stories are the product of the ill imaginations of wicked and unscrupulous people opposed to Amaechi; those jealous and at unease with his continued rise in the country and beyond; those whose life ambition is to pull-Amaechi-down.

We therefore urge the people to discard and disregard the unfounded rumours. They are all fake.