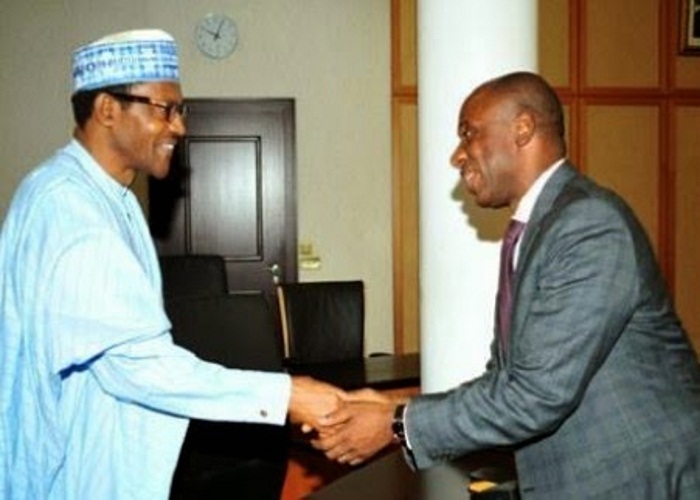 Presidential candidate of the All Progressive Congress, Gen. Muhammadu Buhari [Rtd], took some time to answer some questions with men of the press at a Media Parley in Abuja, yesterday 17th March, 2015.

Speaking on how he intends to rule Nigeria being that he was a former military man and his rule was believed to restrict the men of the press from doing their job, he said:

“I cannot change the past but I can change the present and future. Dictatorship goes with military which made possible decree four.
“I am a former military leader. Note the emphasis on former. But I am now a converted democrat.
“I give full assurances to Nigeria media will be free under an APC government.”
When asked if he was prepared to apologise for jailing journalists as military ruler, the Director General of Mr. Buhari’s campaign and Governor of River State, Rotimi Amaechi, prevented the former general from responding, saying “the general has said he could not change the past”.