Amazing! 52-Year-old woman discovers her childhood friend is her sister 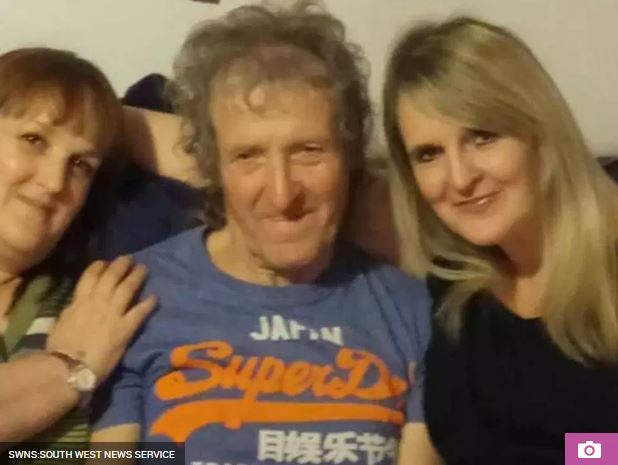 A 52-year old woman identified as Cara Jane Farrar Peterson, has discovered her inseparable childhood friend was her half-sister.

Cara grew up in a care home with her older sister Mel, whose father Michael Farrow refused to accept he was her dad. She has struggled to find the identity of her father, because mum Linda Powell was married six times and hospitalized with a mental disorder during Cara’s early teens.

Jane said she felt like she “belongs somewhere” after discovering the blood ties with Karen Smith, 51, and the truth was finally confirmed on the ITV show this week.

She was overjoyed to find Michael also had two other children, including her old school friend Karen.

Cara said: “It’s just an indescribable feeling – I’ve missed out on so much.”

“It’s been difficult and I’ve missed out on a lot of things with Karen.

“It’s just changed who I am, I always felt like a lost soul and I finally feel like I belong somewhere.”

“I just wish I could go back and have stayed close to my half-sister because I really had nothing.

“It’s like we always had a connection, even though we didn’t know we were actually sisters.”

Cara and Karen were inseparable at school.

Cara said: “I’ve always been a bit of a loner. But Karen would defend me and we always got along really well. It’s like we always had a connection, even though we didn’t know we were actually sisters.”

The pair lost touch when Cara was taken into care but they reconnected via Facebook in 2015 and Cara noticed a striking similarity in pictures – prompting her to believe they could be related.

A family friend managed to secure Cara’s official birth certificate while compiling a family tree earlier this year and her father’s name was listed as ‘Christopher Archer’.

But she was convinced Michael Farrow, Karen’s dad and the father of her own older sister Mel, could be her real dad.

The couple had already had first-born Melanie Webb, 54, but Linda confessed she was having an affair at the time of conceiving Cara.

Cara and Melanie, who Cara believed was her half-sister for 52 years, ended up “in and out of” children’s care homes after their mother had a mental break down.

But DNA results on the Jeremy Kyle show revealed Michael Farrow was her dad, Melanie was her full sister and Michael’s other daughter Karen was her half-sister.

She said: “There was someone else on my birth certificate – I was 30 by the time I could get a bank account, driving licence and passport.

“No one knew who I was and in those days you needed that sort of stuff.

“DNA wasn’t around was it, it was different times.”

Adding: “I felt like a bloody Alien or something, and that’s what I would tell people.”

Michael was overjoyed with the DNA result when it was revealed on the show.

Presenter Jeremy Kyle praised the Cara and Mel for their strength and the bond they share and was pleased to announce to them that they were full sisters.

Cara, who volunteers at a charity shop, said: “My mum never wanted me at all and I say I do not have a mother.

“I don’t call my mother mum anymore – she’s dead to me.

“I’ve never had an identity, I’ve never had a birth certificate or really known where I came from. I now know that my sister’s dad is my dad and Melanie is my full sister.

“I also have a new half-brother and half-sister – my mum hid it from me all that time.

“I have loads more nephews now – a family wedding is a family event and I wish I had been there.

“I just feel like after 52 years I finally know who I am – it’s changed my whole life.”