Ambode Creates Ministry Of Employment, Two Other Offices In Lagos 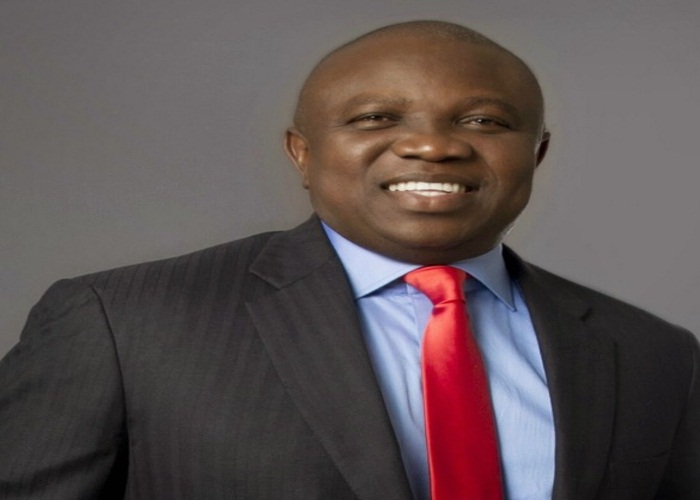 OUTGOING Governor of Lagos State, Babatunde Fashola, yesterday, handed over the administration of the state to Mr. Akinwunmi Ambode, as the 8th elected governor of the state alongside with his deputy, Dr Oluranti Adebule at a colourful and well attended inauguration and swearing-in ceremony, held at Tafawa Balewa Square, TBS, Lagos Island.

The dignitaries at the ceremony were former governors of the state; Brigadier Mobolaji Johnson, Alhaji Lateef Jakande, Rear Admiral Nduisi Kanu while former deputy governors were in attendance were; Mr. Femi Pedro and Adebisi Sosan.

Ambode, decked in white attire (Agabada) with a red cap to match, was sworn in by the Chief Judge of Lagos, Justice Funmilayo Atilade, at about 11.25am

Ambode’s deputy, Mrs. Oluranti Adebule, had been sworn in at about 11.19am by Atilade.

The governor, after inspecting the guard of parade mounted by members of the Nigeria Police Force, said, “As we collectively face the challenge to make Lagos abetter place to live in, we must recognize our strength in diversity.

A common national identity where everybodycounts. I shall run an open government of inclusion that will not leave anyone behind.

No matter your age, s*x, tribe or any other Status, as long as you reside in Lagos, we will make Lagos work for you.

“I want to assure all of usthat I will make your taxes work for you.

You will surely get a transparent and incorru-ptible government that will give you good value for your taxes paid.

“We shall embark on continuous reforms in the public service. I am determined to demonstrate that the government belongs to the citizens.

You have put us here as servants to serve you and not you servingus. Today we are committed to that creed.

Moving forward, the Civil Service will be strengthened and made to respond to the needs of all citizens in the same manner, quality services are rendered in the private sector.

Highpoint of the inaugural speech which attracted ovation from the crowd was the announcement by the newly sworn in governor of the creation of a new ministry and two offices.

According to Ambode “I want to assure the business community and corporate Lagos that the ease of doing businessin Lagos will be improved upon earnestly. Lagos is open for greater business.

To this end, a new Office of Overseas Affairs and Investment (LAGOS GLOBAL) shall be created under the Governor’s Office.

“We want you to fly into Lagos, start your business, find your way, live, work and enjoy in Lagos.

“As part of our reforms, a new Ministry of Wealth Creation and Employment shall be established.

This would specifically address the promise I made during the campaign on employment trust fund, labour exchange and entrepreneurship. This goal, we shall pursue vigorously.

“Also, the Office of Civic Engagement shall be created under the Deputy Governor’s Office to strengthen and enhance our promise on government of inclusion. Everyone must have a voice in my administration.”