Amidst Celebration Mood Pregnant student of MOUAU, others land in hospital after Security men beat them up 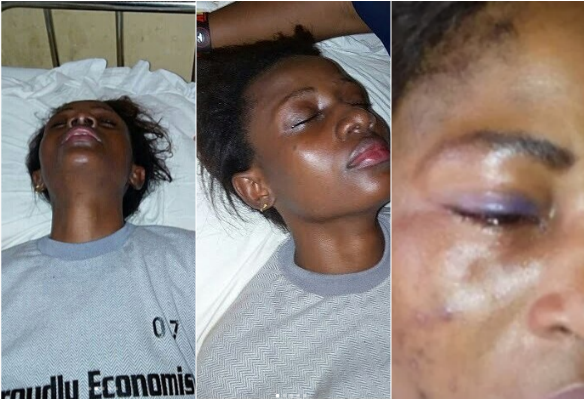 The excitement of graduating students of Michael Okpara university of Agriculture Umudike, Abia, were halted after security men allegedly brutalized some students, including a four-months old pregnant student.

Over zealous security men of Micheal okpara university of agriculture beat upstudents celebrating the completion of their final exam. Onenof the security personnel used the butt of his gun to hit a 4 months old pregnant woman who had to be rushed to the hospital.

The new security unit have given rise to fear and tension within the university due to their high handedness and also the way their young recruits brandish guns around the school compound with out a uniform or proper identification.

MOUAU security operatives beat up students after exams. Touts in security uniforms are always acting with impunity. @nigeriacampusconnect you need to see this. – #regrann