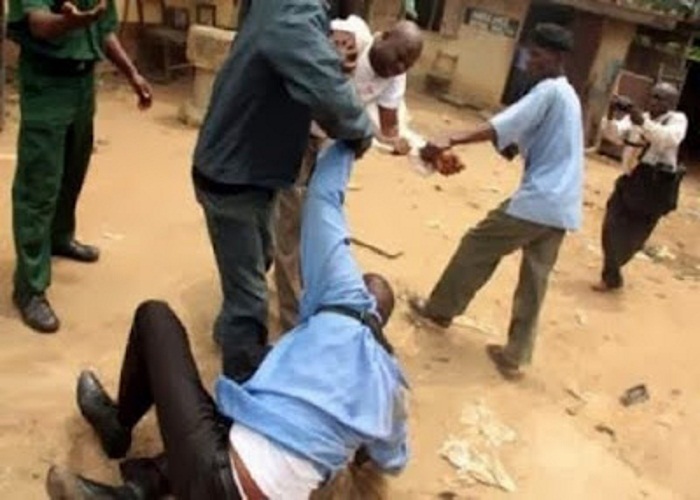 For committing murder as a means of self-defence, a policeman was on Tuesday, lynched to death in Gombe state.

An eyewitness, who preferred anonymity revealed that the mobile policeman, Corporal Adamu Abba, was hit on his motorbike by a commercial tricycle operator (Keke NAPEP) at Bello Sabon Kudi Junction while on his way to work.

Following the collision, tricycle and motorcycle operators gathered and tried to cover up for the Keke NAPEP operator.

However, an argument ensued and the the angered Mobile Police Corporal in self-defence shot and killed 37-year old Mallam Gana who was at the fore front of those trying to prevail over him on the matter.

It was learnt that he thereafter ran into the office of the secretary of the Gombe Emirate Council for cover while he called his other superior colleagues and explained the matter to them.

He was however, forced out of the Secretary’s office and lynched before the arrival of the Police.

The spokesman for the command, Deputy Superintendent of police, Fwaje Atajiri who affirmed the report, warned that people must not take the laws into their hands.