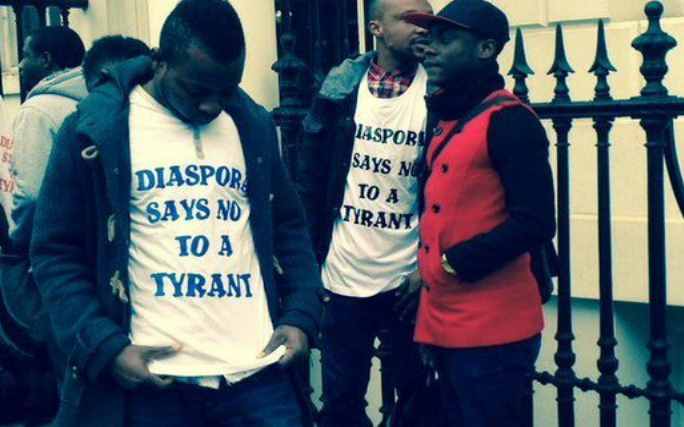 General Muhammadu Buhari spoke at the Chatham House. However, demonstrators were recruited to disturb the talk by holding a demonstration outside of the venue. In the clip, Adijatu Kamoru Abi, who said she can organize any protest for anyone from Manchester to Dublin to New York claimed President Jonathan is ‘nice and very generous’ and that the money that Jonathan is spending that Buhari cannot spend it. It was reported that the sum of $20,000 was budgeted for the sham protest.See the video below: