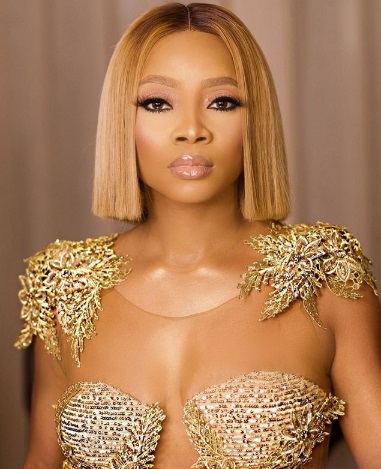 Media personality and businesswoman, Toke Makinwa, has said that any man who is intimidated by a hardwoking woman isn’t meant for such a woman. She said this during an Instagram live chat with music executive, Ubi Franklin, this afternoon.

Ubi during the chat asked for her take on men who might be scared of approaching her because of her status. Responding, Toke said

ANy man who is intimidated by a hardworking woman is not your guy. Any man who meets me now should be inspired. I lost both parents at 8. I basically built a life for myself. If that doesn’t inspire you, I don’t want to be with you”

Watch the video to listen to her stand point below