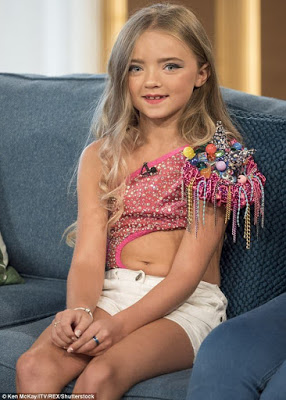 A single mother was blasted by TV viewers after she appeared on a show today with her 7 year old daughter who she said wants to be famous and is doing all she can to make her daughter’s dreams come true.

31 year old Jenna Eastland says she’s spent thousands of pounds on her daughter, Layla Thompson, who she allowed to appear on TV show ‘This Morning’ in a skimpy outfit, plenty make-up and fake tan. Many accused the mum of ‘sexualising’ her daughter especially after Jenna said she would happily let her daughter dress like that every day as she has no doubts that her daughter is a TV goddess. 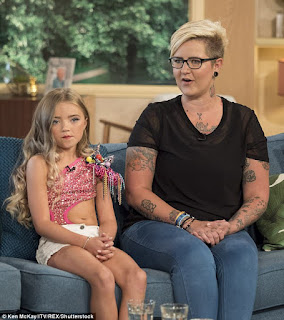 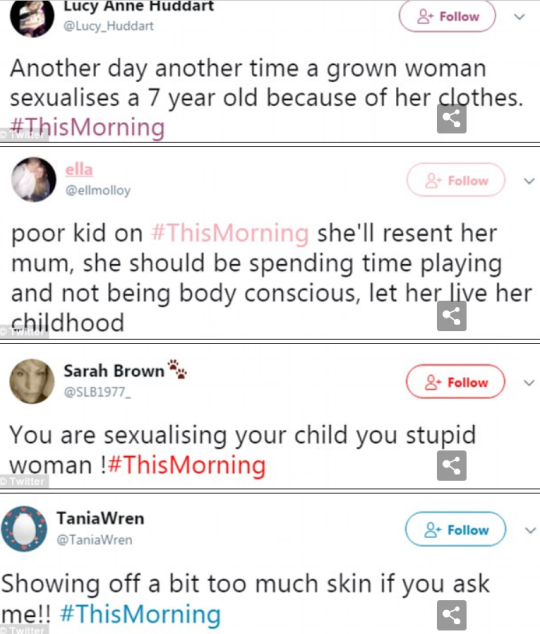 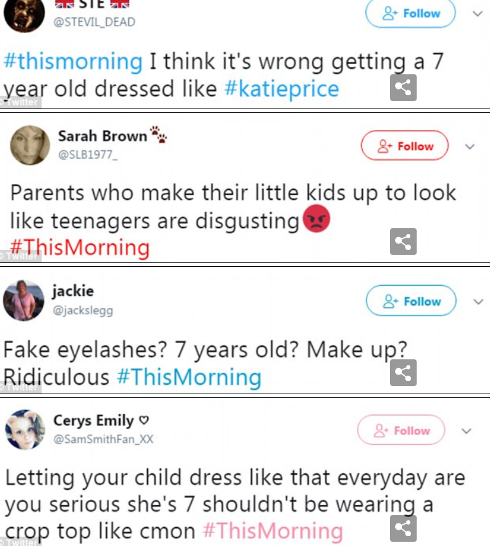