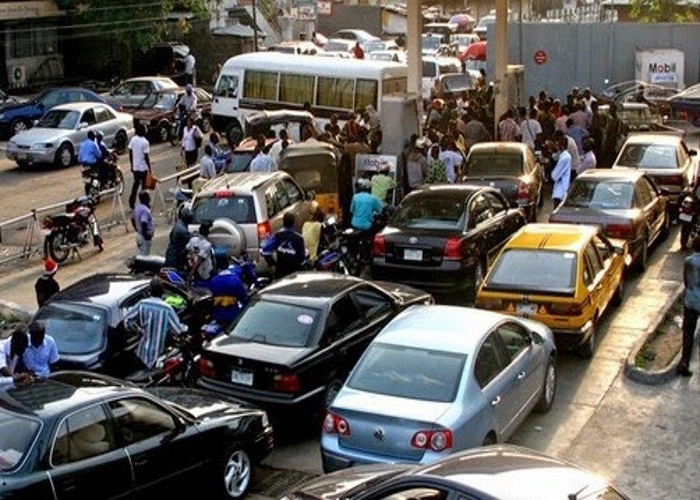 There’s fuel scarcity right now is Lagos and many parts of country and the PDP Presidential Campaign Organisation is alleging obstruct by the opposition party, APC.

“The Peoples Democratic Party Presidential Campaign Organisation (PDPPCO) yesterday attributed the sudden fuel scarcity in many parts of the country to sabotage by the opposition APC, which has infiltrated the ranks of the fuel marketers.

Director of Media and Publicity of the PDPPCO, Chief Femi Fani-Kayode, said in a statement in Abuja that the fuel marketers have taken a sub-contract from the opposition to frustrate supplies of petrol to fuel stations as part of a grand plan to create tension in the polity.

According to Fani-Kayode, “We know who the fuel marketers are.

We know the relationship that exists between one of the biggest fuel marketers and a national leader of the APC.

These unconscionable opposition elements infiltrated the ranks of the fuel marketers, whom they have contracted, in a calculated attempt to frustrate the good efforts of government.

“Why have they taken this time when all hands are on deck for the March 28 elections to cause this artificial fuel scarcity? The situation is so bad that they are not importing the product.

They are even threatening tank farmers not to release any fuel in their depot in order to sustain the shortage. We are aware that the tank farmers have reported the threat to the Police and other security agencies.

“This shows how desperate and wicked the opposition APC can be in their quest for presidential power.

Must they make Nigerians suffer simply because they want to rule? They must desist from this act of sabotage.

“The opposition should not take delight in celebrating over the pains and sufferings of Nigerians as they have continued to do with the Boko Haram attacks on our people and nation.

“The APC’s penchant to diminish the gallantry of our Armed Forces in the battle to defeat insurgency in the northeast zone whilst mocking the government whenever the insurgents bomb and take over villages in the zone, must be condemned by well-meaning Nigerians.

“This predilection exposes and portrays the APC and its leaders as forces of retrogression with a devilish mindset to unleash the worst form of anarchy on the nation before, during and after the March 28 presidential election because they know their party and presidential candidate, General Muhammadu Buhari will be dealt a crushing blow by President Goodluck Jonathan at the polls.

“The PDPPCO also wishes to use this medium to alert the nation on the lingering plot by the opposition elements who have been sponsoring their agents of destruction in the power sector to vandalise critical infrastructure in order to reduce the megawatts of electricity that is being generated and reverse the gains that government is making in the sector.”