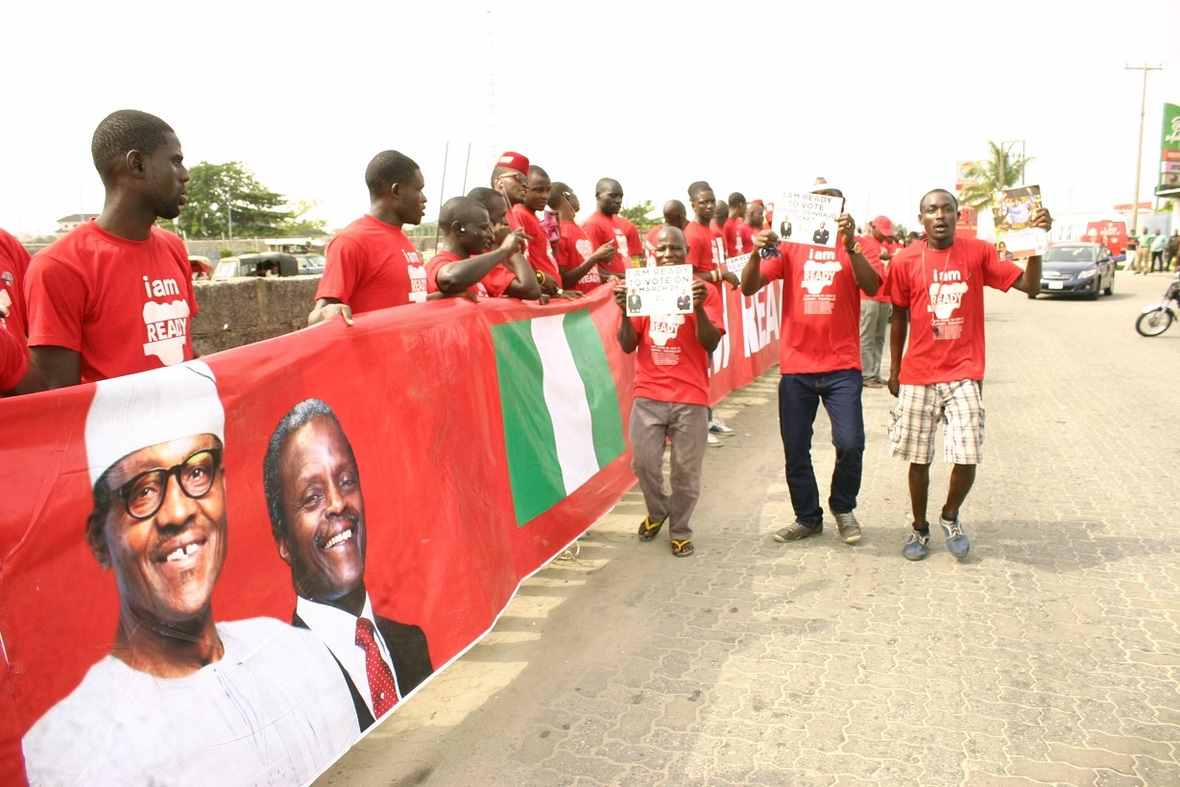 The ‘I AM READY’ campaign organisation of the All Progressive Congress (APC), has chided the Federal Government for remembering to compensate relations of the Nigerian Immigration job tragedy, a year after the incident happened.

Speaking at a protest in Lekki, Lagos on Sunday to commemorate the incident, a medical doctor and member of the group, Dr. Wale Oyebanjo said the president’s action is a scam because it is belated and close to election period.

Oyebanjo explained that about 19 people died in the incident and the government belatedly decided to give them N5m each, amounting to N95m while it pockets the balance of the N6b it generated during the recruitment exercise. 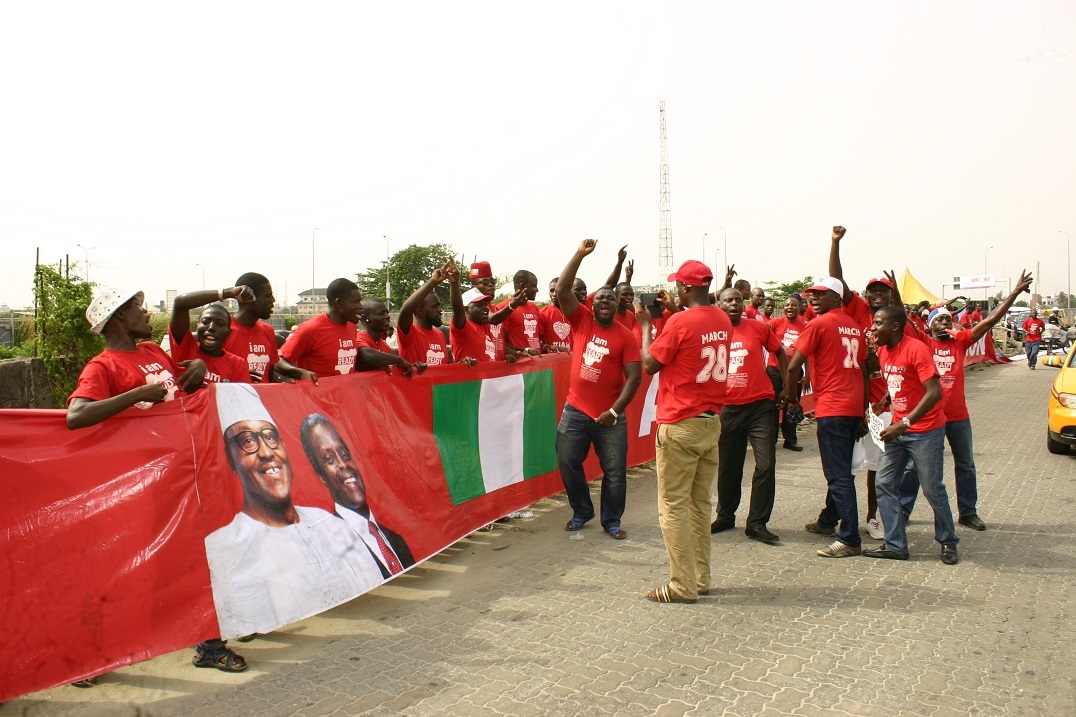 “ Over N6b was paid by the job seekers and the government is paying N95m. That is a good business for them. We are here to say that we are tired of this deceit.

The People who also carried out the botched recruitment exercise have kept their jobs and were seen soldier to soldier with the President sharing out cheques to the families of the applicants who lost their lives.

That is why the volunteers came out en masse to say that on March 28, we are changing the leadership of this country. We are putting to an end corruption, unemployment and we are voting in the right set of people”, he declared.

Also, the spokesman of the group, Kingsley Binitie stated that the group in addition to commemorate the recruitment tragedy, came out with a 200 metre Banner which was held by 400 volunteers as part of their own contribution to the Buhari/Osinbajo campaign.

“It means that if there was no election March 28, the President won’t remember his own promises to the families of those who lost their loved ones during the immigration job tragedy. We heard that it was a member of the National Assembly that had the contract. Now

the National Assembly is not saying anything about it. We want change, that is why we are supporting Buhari. He will kick out corruption, indiscipline and engender good governance”, he declared.

Other speakers at the rally includes Dotun Adebayo and Ireti Bakare-Yusuf.

Adebayo who is the Social Media coordinator of the group said they came out to remind Nigerians what happened a year ago when about 19 persons lost their lives because they want to get a job in the Immigration. “Till date, nobody has been brought to book about that incident and we are here to tell the government that we remembered exactly what happened and to commiserate with those who lost their loved ones.

“If you recall, a certain amount of money was given to them a year after. What happened all these while? Is it because election is at the corner? In fact, we are ready for change in this country”, he stated.

Bakare-Yusuf commended the group for campaigning for change and urged everyone to be part of it.
“The president is campaigning all over the country in the recent times trying to galvanise votes. But it was in some of the cities that he is visiting that some of the graduates died a year ago and the minister hasn’t lost his job, there was no sort of redress until a day ago. Just like the Chibok girls, the government suddenly realised they died trying to get a job and is giving them money now. First and foremost, that is a year too late; secondly, N5m is not going to feed you forever”, she said, adding that the country needs change on account of those issues.


WHATS ON
‘I AM READY’ , All Progressive Congress , APC