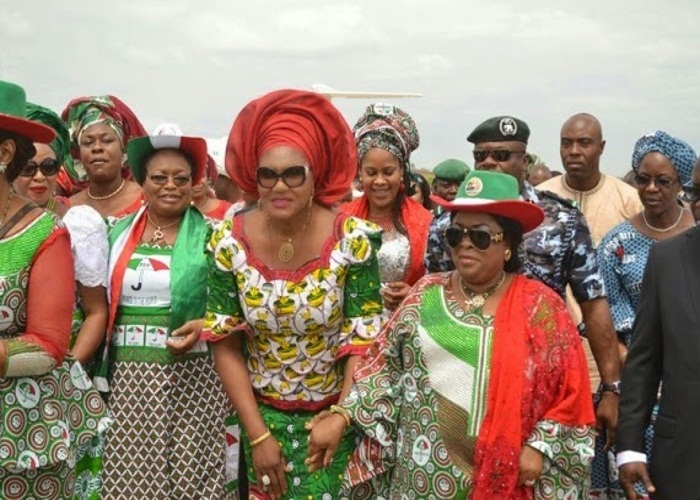 Patience Jonathan has described APC as a dead party. Speaking in Anambra state during the women’s rally in Onitsha, today, she said

“Imagine the deputy of a whole director-general of the APC presidential campaign decamping, does that not show that the party is dead? The party is dead and buried and March 28 is its burial.

The party will not live again. When you start answering old drugs, expired drugs, then you know that your death is coming closer. The way things are going, APC will soon bear Ebola.

He made Ihejiriaka the chief of army staff and has helped many of our people. Igbos are not fools. We know whom to support. PDP has come to stay.”