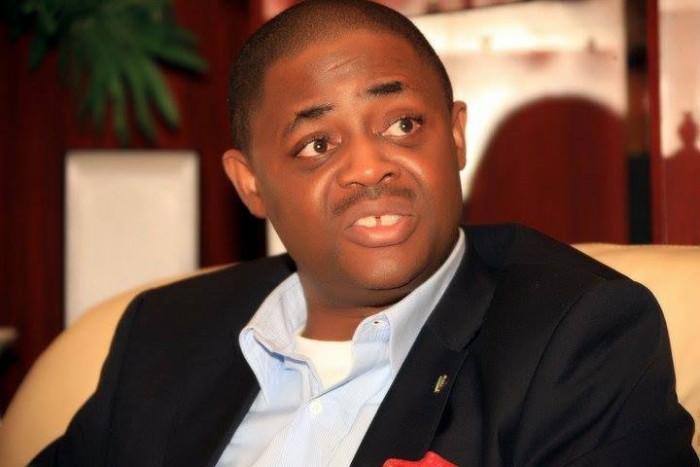 Read the APC press statement below:

Our attention has been drawn to a statement credited to the Director of Media of the Peoples Democratic Party Presidential Campaign Organisation, Mr. Femi Fani-Kayode on the All Progressives Congress and its leaders.

Fani-Kayode alleges that Asiwaju Tinubu would become president by asking the Vice President Professor Yemi Osinbajo to resign after six months in office in the belief that the. President Muhammadu Buhari may have terminal health challenges.

That the message came through Mr. Femi Fani- Kayode who, just a few days ago, was brought to answer corruption charges, makes the message incredulous.

The whole world knows the other reasons for the incredulity of any message delivered through him.

However, to the uninformed, there is no iota of truth in such allegation. It is the product of infantile, wild imagination of a convoluted, distorted and warped mind

In the APC, we do not indulge in oath-taking, pact-signing and such other rituals that the PDP establishment is adept at. Such PDP- induced Okija scenarios have no place in the APC.

Professor Yemi Osinbajo is a thorough- bred, accomplished professor, teacher, pastor, mentor and preacher who is nationally and internationally acknowledged as a man of probity, integrity, transparency and competence who can never be part of such inanities.

Asiwaju Bola Ahmed Tinubu on his part, is the foremost national leader of the APC who has achieved an enviable, political status, fame and stature. He has gone far beyond using subterfuge to attain any political position.

It is widely known, globally, that he has been pivotal in midwifing the most potent and formidable opposition movement that has become the nightmare of the incompetent behemoth called the PDP, and to the delight of Nigerians, the desired change they are waiting for.

Having lost substantial ground politically and seeing the inevitability of an APC victory at the polls, it is the.

PDP that is strenuously engaging in all kinds of subterfuge from hurling personal abuses and attacks on Buhari and Tinubu; to election postponement antics; to evading elections at all costs and even the unfashionable idea of foisting an interim government.

It is the. PDP that is generating crisis in order to make the elections difficult if not impossible.

Unknown to its campaign machinery, these gimmicks potray the PDP as deep in conclusive disarray.

Indeed, the fact that the PDP campaign machinery can construct a post- presidential election scenario in which APC would be in power is a significant testimony of their admission that they have lost this election.

We note this mental and psychological concession of victory to our party’s presidential candidate but reject the odious scenario.

Nigerians should please ignore this latest antic because it is untrue,ridiculous, ludicrous, mundane and jejune.