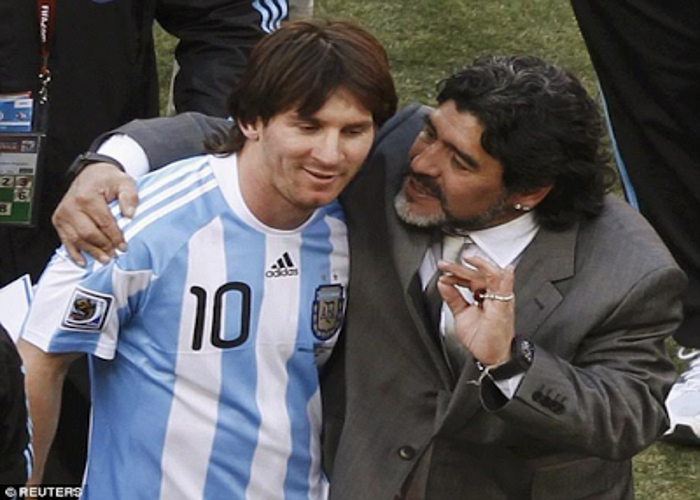 After losing his fourth final for his country – after the World Cup two years ago and the Copa America in 2007 and 2015 – an emotional Messi said: ‘That’s it. It’s over for me with the national team. But Maradona has urged the Barcelona man to think carefully about his future.

‘Messi has to stay in the national team. He will go to Russia in form to be world champion,’ Maradona told Argentine daily La Nacion. He has to rely more on boys who can help take the team forward and less on those who say they have to go. Those who are saying he should quit are doing it so that we won’t see what a disaster Argentine football has become.’

Messi’s plan to retire comes as the Argentine Football Association (AFA) implodes after the AFA’s presidential election was recently marred by controversy and uncertainty.

‘I am very sorry and very angry with what is happening to Argentine football. We hit bottom, we reached the bottom.’