BE MINDFUL THE THINGS YOU SAY, YOUR BABY IS PAYING ATTENTION. 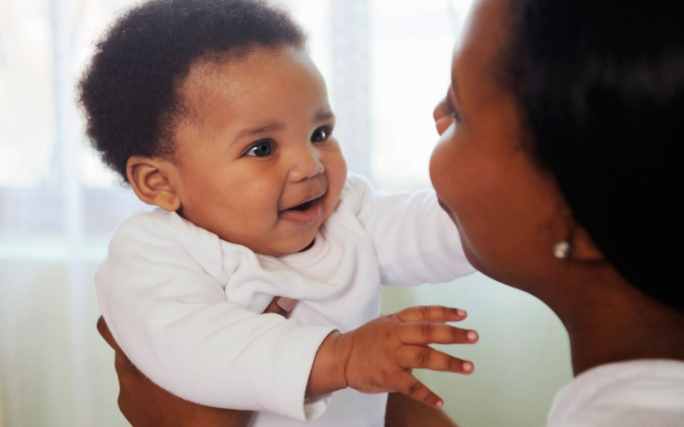 Most people could view you oddly as you stroll through the shop having excited chats together with your baby when you get only “goos” and “gaas” in return. But, a new study reveals those one way interactions are in fact helping to activate the aspects in your baby’s brain that are required to say their very own words eventually.

57 babies aged in between seven and 11 months were examined at the University of Washington, and it was discovered that speech sounds – usually high when adults talk to babies in “parentese” – stir up parts of the brain that synchronize and plan motor movements for speech.

The infants’ brain exercise was assessed by a brain scanner which utilizes a non-invasive method called magnetoencephalography to take readings.

The infants each heard a number of native and foreign language syllables like “da” and “ta” whilst researchers closely watched their brain activity. The study looked at brain activity in an auditory part of the brain responsible for planning the motor movements needed for producing speech.

“Most babies babble by seven months, but don’t utter their first words until after their first birthdays,” co-director of the university’s Institute for Learning and Brain Sciences Patricia Kuhl said.

“Finding activation in motor areas of the brain when infants are simply listening is significant, because it means the baby brain is engaged in trying to talk back right from the start, and suggests that seven-month-olds’ brains are already trying to figure outhow to make the right movements that will produce words.”

Surprisingly, activation took place in the seven-month-old babies’ brains at the point of hearing sounds in their indigenous language in addition to a foreign language, demonstrating that babies within this age are reacting to all speech sounds. But by 11 to 1 year of age, infants’ brains grow in motor activation to the non-native speech sounds in accordance with native speech. Experts think this implies that more efforts are necessary for an infant to predict all these foreign speech sounds, which means the experience of hearing sounds of their native language in the earlier months already has really assisted in developing their language understanding.

The outcomes of this reserch show the significance of speaking to infants.

“Hearing us talk exercises the action areas of infants’ brains, going beyond what we thought happens when we talk to them,” she said. “Infants’ brains are preparing them to act on the world by practicing how to speak before they actually say a word.”