Blogger Critical of Islam gets Hacked to Death (Photo) 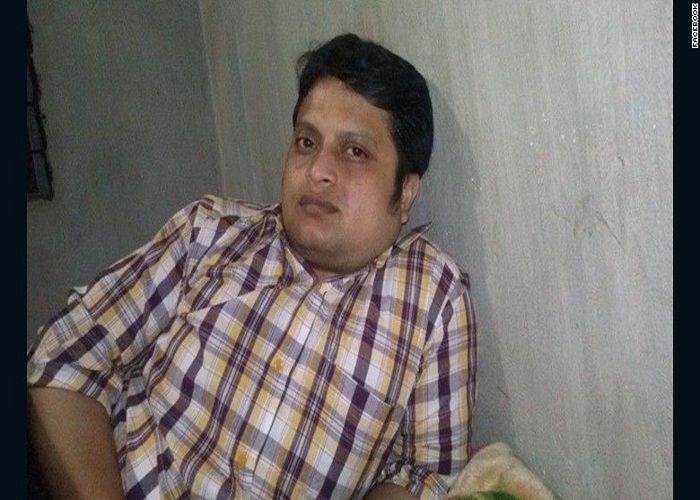 The attack on bloggers critical of Islam has taken on a disturbing regularity in Bangladesh with yet another writer hacked to death Tuesday.

According to CNN, Ananta Bijoy Das, 32, was killed Tuesday morning as he left his home on his way to work at a bank. Four masked men attacked him, hacking him to death with cleavers and machetes. The men then ran away. Because of the time of the morning when the attack happened, there were few witnesses. But police said they are following up on interviewing the few people who saw the incident.

“It’s one after another after another,” said Imran Sarker, who heads the Blogger and Online Activists Network in Bangladesh. “It’s the same scenario again and again. It’s very troubling.”

Das’ death was at least the third this year of someone who was killed for online posts critical of Islam. In each case, the attacks were carried out publicly on city streets. He was an atheist who contributed to Mukto Mona (“free thinkers”), the blog that Roy founded. Mukto Mona contains sections titled “Science” and “Rationalism,” and most of the articles hold science up to religion as a litmus test, which it invariably fails.

In 2006, the blog awarded him its Rationalist Award for his “deep and courageous interest in spreading secular & humanist ideals and messages in a place which is not only remote, but doesn’t have even a handful of rationalists.”

Soon after his death, his Facebook wall was flooded with messages of shock and condolence.

“We are ashamed, brother Bijoy,” posted someone.
“Is a human life worth so little? Do we not have the right to live without fear?” wrote another.

In March, Washiqur Rahman, 27, was hacked to death by two men with knives and meat cleavers just outside his house as he headed to work at a travel agency in the capital, Dhaka. In February, a Bangladesh-born American blogger, Avijit Roy, was similarly killed with machetes and knives as he walked back from a book fair in Dhaka.