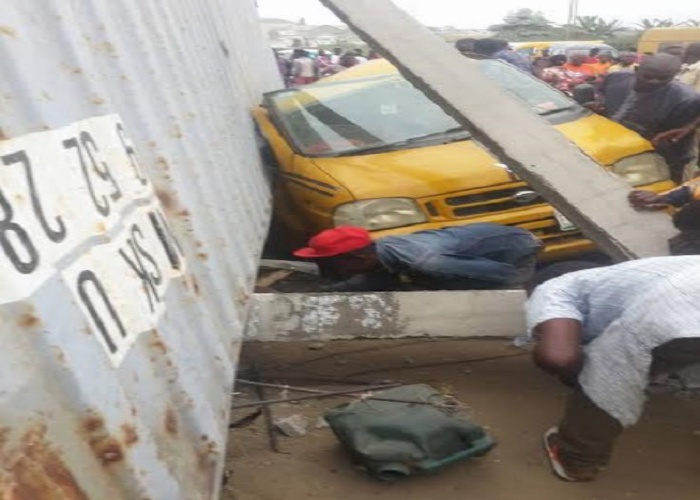 A bloody holiday it is for the passengers of a bus at Alakija bus stop in Lagos who has been trapped under the fallen truck.

This fatal accident has reportedly left many people dead after a truck carrying container lost control along Badagry expressway and fell on a bus loaded with passengers at the ever busy Alakija bus stop.

According to reports, some of the victims inside the bus are now trapped under the trailer with many dead. People are making frantic effort to save those still alive.

Comments to Blood bath in Lagos.