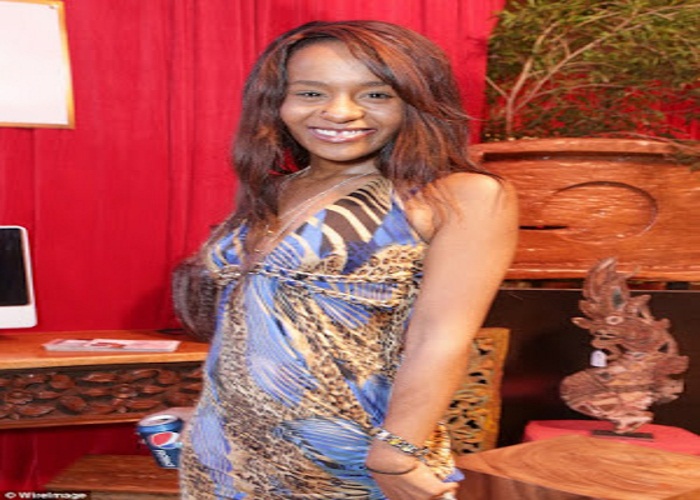 News went viral last week that Whitney Houston’s daughter Bobbi Kristina Brown, who has been unresponsive in hospital for four months, was being taken home to die. Thankfully, her aunt Leolah Brown set the story straight with an extremely long Facebook post on Tuesday.

Leolah told her Facebook followers to ‘please ignore any of these LIES coming from the media’, adding that Bobbi Kristina ‘IS “NOT” ON LIFE SUPPORT ANYMORE’ and is improving every day. However, she slammed wife of Whitney Houston’s brother Gary, of telling Bobby Brown that it was ‘costing too much money’ to keep Bobbi Kristina Brown alive. 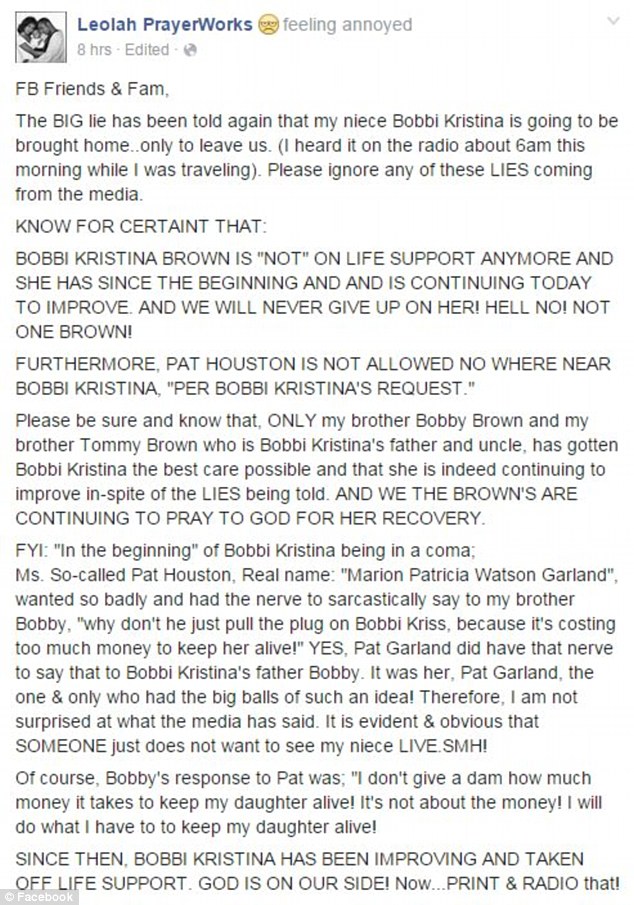