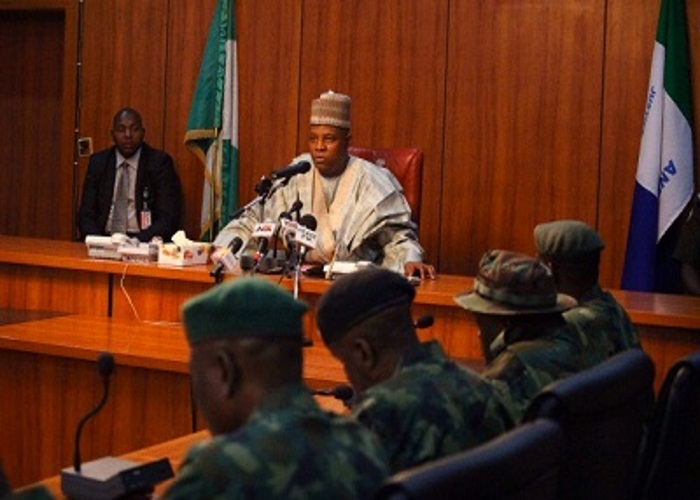 The Borno State Government said it was willing to provide logistic support toward the relocation of the Military High Command to Maiduguri.

The Deputy Governor of the state, Alhaji Mustapha Zannah, stated this while receiving members of the Borno Correspondents’ Chapel on a solidarity visit at his office in Maiduguri.

Zannah said the state government was also willing to provide accommodation for the senior military officers expected in Maiduguri.

He commended the gallant efforts of the military at dislodging the Boko Haram insurgents from their hideout in Sambisa forest.

“The state government is ready to provide logistics and other support to ensure smooth relocation of the Military High Command to Maiduguri.

“We are also willing to provide accommodation for the senior officers coming”, Zannah said.

He expressed optimism that the relocation of the High Command to Maiduguri would further boost the military campaign against insurgency.

“We are hoping that the movement will help crush the insurgents and bring back hope to our people who have suffered great damage due to the insurgency”, he said.

The deputy governor also expressed happiness over the outcome of the recent G7 meeting where world leaders pledged support for Nigeria’s anti-insurgency war.