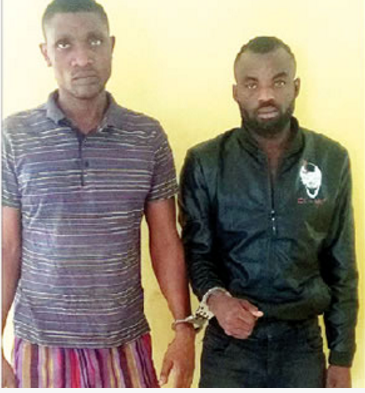 Two men who are part of the brain behind the kidnapping of pupils and staff members of the Nigerian Turkish International Colleges have been arrested by the police.

Asides the ringleaders, Philip Kakadu, aka General Kakadu, and Romeo Council, aka Raw, other suspects are being screened in connection with the abduction.

According to Punch Metro, 29-year-old Kakadu and Council, 40, met their waterloo  in Warri, Delta State, by operatives of the Inspector-General of Police Intelligence Response Team, led by ACP Abba Kyari.
A source in the police force confirmed that the suspects confessed to the crime on Wednesday adding that the arrest would aid in getting the captors to release the victims.

“Council is a native of the Bomadi Local Government Area, Delta State, while Kakadu hails from Warri North LGA of the state. They were arrested on Tuesday and have confessed to orchestrating the kidnapping at the school.
“They also confessed to other kidnappings, including the abduction of the Iba monarch in Lagos, and some Isheri landlords. With their arrest, we believe their boys holding the victims in the creeks would surrender,” the source said.

Kakadu was said to have allegedly told the police that five of his boys were among those involved in the NTIC operation.

“Kakadu is based in Lagos. He went to Warri to have fun. That was when operatives swooped on him. Five of his men were part of the gang and he is cooperating with the police,” another source added.