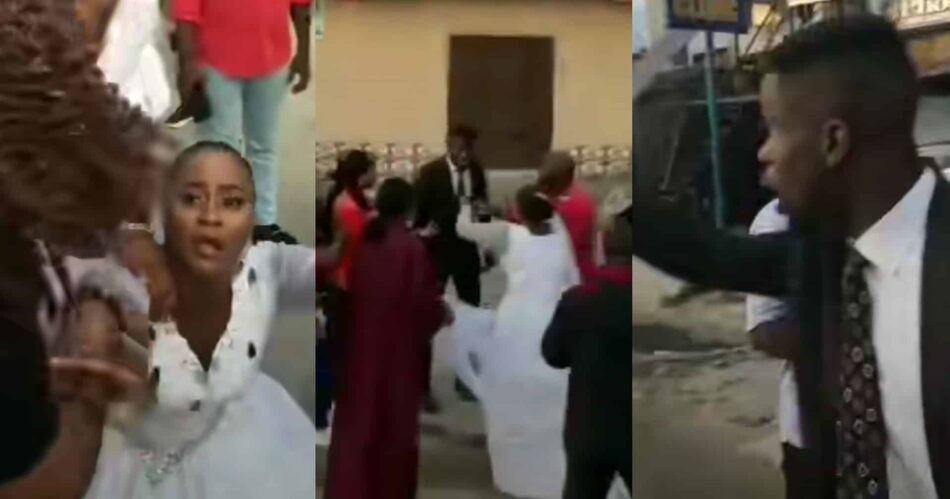 A groom disrupted his own wedding after discovering on the D-Day that his bride is a mother of four.

In the video, the groom was furious while the bride cried profusely as she followed him around in an attempt to stop him from dumping her on their wedding day.

The bride kept crying uncontrollably despite the crowd’s effort to ease her worries. She couldn’t get a hold of herself as she kept yelling, “I’m finished oh”.

The people present tried to calm both parties down as some pleaded with the groom to stop embarrassing his bride.