Buhari Consults Obasanjo Over Some of His New Ministers 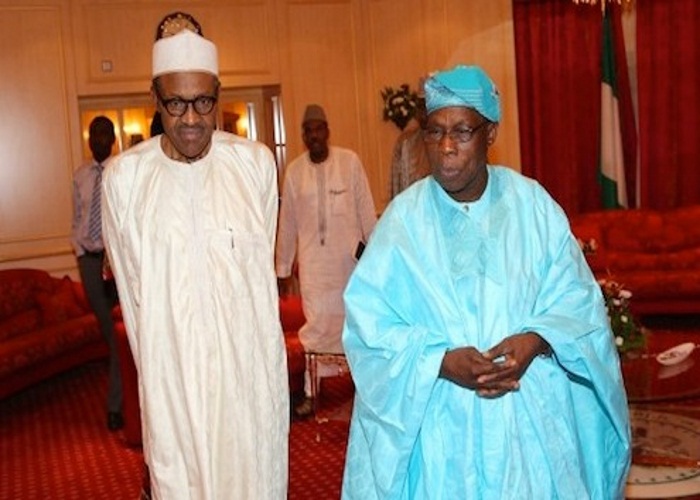 Indications have emerged that the recent audience between President Muhammadu Buhari and his close pal, former President, Olusegun Obasanjo focused on national issues, especially the choice of new ministers.

Buhari opened up to Obasanjo on the criteria for choosing his ministers. It was learnt that the president said he was seriously considering trying “new hands” instead of recycling the same old ones.

Findings confirmed that the president may send the list of ministers to the National Assembly in batches due to the likely merger of some ministries, departments and agencies.

The first batch is likely to meet the September deadline set by the president.

Investigation by The Nation revealed that the meeting between the two leaders focused on what Buhari had done in the last 100 days, the challenges at hand, and the composition of the FEC.

A highly-placed source said: “Apart from other national issues, the president took time to explain the criteria he will be using to appoint his ministers. He said he might try new hands instead of using the same set of people that had served Nigerians.

“He also said anyone with tainted records or with issues on corruption may not get a slot in his cabinet. I think he is on the same page with Obasanjo on the anti-corruption agenda. The president restated why he would need a team to fix basic things in the country.”

After the meeting, when reporters pressed him for comment, Obasanjo said: “Comot joo” (go away).”

Anytime from now, President Buhari will release the names of the ministers for key portfolios like the ministry of Petroleum Resources, Finance, Works, Aviation, Health, and Justice.