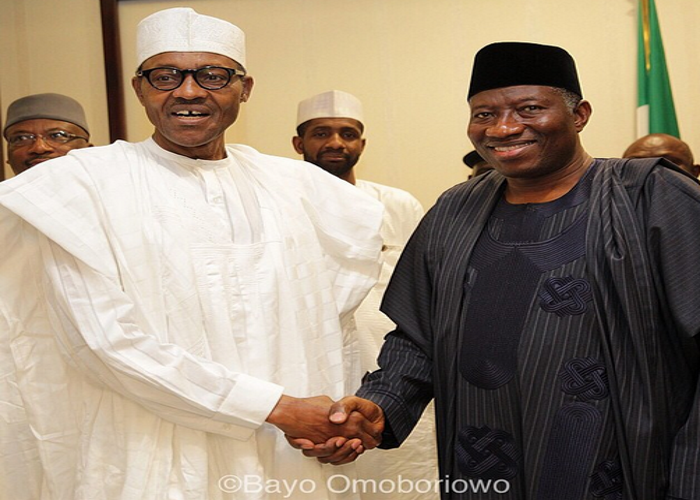 He said: “The Nigerien president purposely came to congratulate me on my victory and President Jonathan for the maturity and statesmanship that he exhibited by accepting that he had lost the election.

“His action actually doused tensions and averted crisis in Nigeria.

“Not only Africa but the world has commended the president for that because if he had disputed the elections, there would have been crisis in the country.

“That is what people don’t want, not only Nigerians but other countries. So, he came to commend President Jonathan for his courage and statesmanship.’’

He said Mr. Mahammadou had also come to show solidarity and acknowledge Nigeria’s importance on the continent.

Mr. Buhari said but for colonialism, Niger and Nigeria and all countries living along the border were one as they shared similar cultures, religions and mannerisms.

“As he rightly puts it, if Nigeria sneezes, the rest of Africa catches cold because of its importance, population and resources.

“So, Nigeria and Niger Republic are one entity as one singer from Niger puts it in his lyrics.

We share a 1,500 kilometre long border with Niger which stretches from Chad to Sokoto, and all the people living along the borders on either sides are same people.

“The colonialists separated these people when they partitioned Africa at the Berlin conference in 1885. They separated the Fulanis, Kanuris and the Hausas from their brothers who are presently in Niger.

“They separated the Yorubas of Nigeria and the ones in Benin Republic. They also separated the Fulanis and other tribes who were living together as one along the Cameroon border.

“So, all these countries around us were a single entity with people of similar culture and religion before they became separated but time has changed and we thank him for reminding us of our history of brotherhood.’’
‎

Earlier, Mahammadou said he was in Nigeria to convey the gratitude and salutation of Niger Republic for the peaceful conduct of the‎ elections held in spite of challenges.

“President Jonathan conceding defeat and this act will have a lasting impact and influence on politics in Africa, West Africa and Africa at large.

“So, I’m here both to congratulate the president-elect and the people of Nigeria for the smooth conduct of the elections,” Mr. Mahammadou said. (NAN)