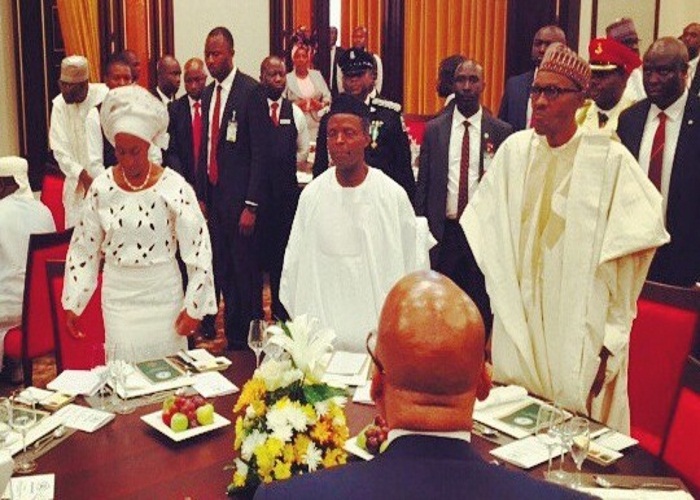 The PDP Media Watchdog has queried the events in the last few days prior to the inauguration on Friday May 29th 2015 of President Muhammadu Buhari and Vice President Yemi Osibanjo. A situation were there was a total power outage and the whole country was shutdown for more than a week and the sudden restoration of electricity supply on the night of Democracy Day during the swearing of the APC’s administration.

“Nigerians will recall the total blackout in the country in the last few weeks owing to shortage in power supply as a result of the vandalization of gas pipeline that powers the turbines and the gof major dam facilities in various part of Nigeria. However, after the prolonged wait by our people, suddenly, there was restoration of energy immediately President Buhari was inaugurated. Is this part of the APC’s Change? Or an action taken by Civil Servants to impress the new government of APC of their total loyalty?”
The group reminded Nigerians of their earlier warning of the choice of APC to govern the country due to all the false propaganda by the Party before the elections and the die hard attitude of the All Progressive Congress not to see anything good in the administration of the PDP under President Goodluck Jonathan saying, “This same APC and their propaganda abused and condemned the Agricultural Policy of President Jonathan but chooses to make Goodluck’s Agric Minister as the President of African Development Bank (ADB). We cannot also forget in a hurry of the noise by the APC and how they mobilized Nigerians against President Goodluck Jonathan on the total removal of fuel subsidy but now turned around 360 degree to campaign for the removal of the subsidy, we hope Nigerians have not entered into what is popularly called in our local parlance ‘one chance'” the group said
The statement reads in parts, “While the PDP’s administration since 1999 toiled hard to revamped Nigeria’s economy and built several infrastructure for the people of this country, the opposition parties that has today metamorphosed into the present All Progressive Congress (APC) have been sabotaging the nation at every level in order to score cheap political capital.
President Muhammadu Buhari and his party the All Progressive Congress, APC have deceived Nigerians to vote for change but instead rides on the back of PDP’s policies and programs which remains the only solution to solve Nigeria’s challenges.
A party that will decide to sabotage, blackmail, destroy the economy and make her people suffer to score political points should not be encouraged and Nigerians should prepare to challenge the APC on all their promises and programs during the campaigns and no amount of excuse will stop the people from holding them to deliver on these promises”
Tunde Lawal
For: PDP Media Watchdog