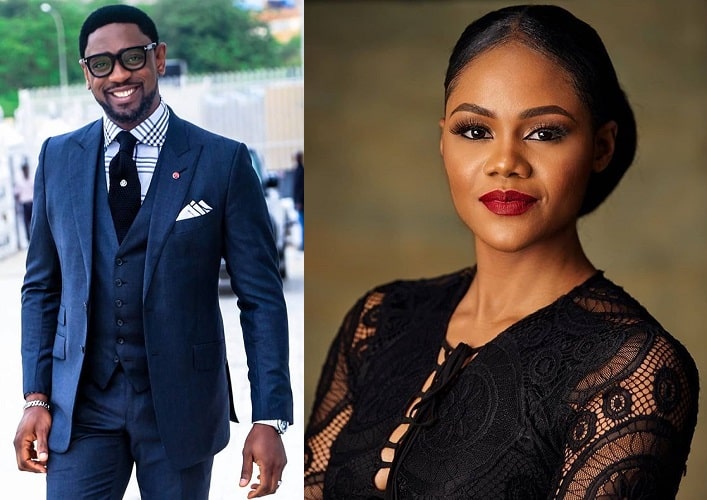 The internet is hot with buzz regarding Busola Dakolo who accused Biodun Fatoyinbo, a pastor of the Commonwealth of Zion Assembly (COZA) of raping her.

Busola, a celebrity photographer and the wife of popular singer Timi Dakolo made the allegation in an interview with YNaija, where she narrated how the infamous preacher raped her and how he even still assaulted her when she visited his wife in his home.

This story is even more intense because it came out barely a month after her husband Tim accused a certain pastor of sexual misconduct on his Instagram page. Coincidence? I think not!

So how did the rape happen? Let’s delve a bit deeper into the story.

Busola grew up as a conservative Christian girl who was shy especially around strangers. However, during her teenage years, her siblings convinced her to join the youth club as a means of meeting new people. So the young girl reluctantly joined her sisters’ club but because she was the youngest person there, she felt a bit uncomfortable. After the service, a much younger Pastor Biodun Fatoyinbo came looking for her.

SEARCH FOR UNDERSTANDING LEADS TO RAPE

Busola’s father was mostly absent from her life as he was always away from home for work and her mother tried her best to shield the children from the financial difficulties that came with raising children alone, however, the young Busola was not fooled and it affected her deeply. So she sought refuge in Christianity and eventually joined the choir as a way to integrate into the church.

Being in the choir made Busola even more visible and Pastor Biodun began to show more interest in her, taking the opportunity to invite himself into her home under the pretense of getting to know her better. After that he kept showing up, asking her to run one errand after the other with him.

Then early one morning, Pastor Biodun showed up at her home unannounced. Busola was still half asleep, in her nightgown and home alone. The perfect combination for the so-called pastor to do his evil deed.

He forced the poor unsuspecting Busola on a chair, and before the innocent girl could comprehend what was happening, he pulled up her underwear and supposedly raped her. She didn’t even get the chance to struggle because he had overpowered her.

At the end of the deed, the unremorseful man said, “You should be happy that a man of God did this to you.”

This was a man who, at the time, his wife had just given birth to their first child.

The poor girl was so scared and scarred that she chose to keep the incident quiet. But it didn’t end there.

The next Sunday, Modele Fatoyinbo, Pastor Biodun’s wife asked Busola to come and help her with the new baby. Though it was normal for church members to come to serve at the pastor’s house, Busola had never been asked before. Feeling cornered, she had no choice but to go.

Later that night at the house, Pastor Biodun tried to isolate her from his wife and child insisting that she stay in the guest room. She managed to frustrate his plans by appealing to his wife to let her sleep in the master bedroom.

Unfortunately, this would only further aggravate him. The next morning he smacked her butt saying, “No one ignores me.”

This would be the first of many threats as he would continue to look for various occasions to be alone with her where he would proceed to rape her over and over again. Every time he finished, he would tell her he loved her, speaking of how he had told his pastors that men of God raped women and that there was nothing special about what he was doing.

Eventually, when Busola’s family found out about the rape, they were incensed. How could a pastor do such a thing? Another senior pastor, Wole Soetan found out about the matter and he, along with two other church members went to her home to pacify her family claiming that the devil was to blame and that Pastor Biodun was weak and needed spiritual guidance. He then proceeded to convince her family to keep quiet about the matter with the unspoken implication that Pastor Biodun was allegedly a reformed cultist who had a lot to lose if news of her rape was made public.

And that was how the matter was swept under the rug.

FINALLY HAVING THE COURAGE TO SPEAK UP

Years passed and Busola suffered in silence. Until the day her husband put up an Instagram post accusing the Nigerian clergy of overlooking rape and sexual assault in the church. Many people had approached him anonymously about Pastor Biodun’s habit of targeting underage girls and sexually assaulting them and he felt compelled to speak up on their behalf. This action motivated Busola to also speak up about her past experience that had haunted her to this day.

Another reason for her to speak up was an anonymous social media post that had insinuated that she had been a promiscuous teenager who had affairs with pastors and which questioned the paternity of her kids.

God forbid a clueless individual would try to spark rumors that could affect her family. It was time to stop being timid and speak up for herself.

Despite the courage it took for Busola to come out with her story, many people are still condemning her for it. One such prominent figure is Reno Omokri, a lawyer and pastor of the Mind of Christ Christian Center in Abuja who said that Busola’s rape story made no sense and can’t be admitted as testimony in a court of law. He also stated that Nigerians are ignorant and easily manipulated because of the ease with which they attach emotion to every situation.

On an Instagram post, he wrote, “I have NEVER liked Pastor Biodun Fatoyinbo for reasons I will not say publicly. However, I am mature enough to divorce my emotions and be led by logic. And I counsel those now condemning him to do the same… After he allegedly raped her, she kept quiet for enough time for him to go to his car and get a soda drink for her? … This story rings very FALSE.”

Now we can see that Timi Dakolo was likely right when he accused the Nigerian clergy of condoning rape. Instead of trying to investigate the truth, these so-called pastors continue to blame her and even go as far as insulting her intelligence on top of it.

So what does Pastor Biodun have to say about all this? “I have NEVER RAPED before, not even as an unbeliever!” he said in a public statement he shared on Instagram.

So what are your thoughts? Was Busola right to come out to defend herself? Do you think she was lying with all this information presented to you?

What would you do as the mother of the girl that experienced this? As a wife, do you think it’s truly courageous of Busola to finally speak up for herself? And how does this case make you married men feel?