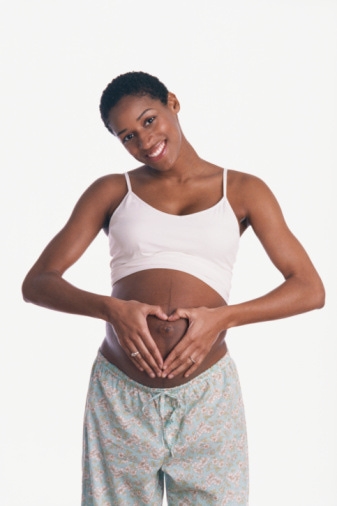 Over the years women have been ‘complimented’ about their large hips, with comments about how they are a show of great birthing potential. For most women especially in the 21st Century it is taken more as an insult than a compliment. Say these words to a pregnant woman and all she hears is ‘You are fat!’

The assumption is that larger hips mean easier labor. This is because people assume that a sizable set of hips means a large pelvis which could also mean a larger passage for the baby. Well, sorry to break up the party but not really. If only it were that straightforward.

With regard to the structure of the pelvis and birth what matters more is the size of the pelvic inlet which is a space or a round hole at the middle of the pelvis. It actually marks the beginning of the true pelvis. The pelvis itself is a fusion of four bones and not one bone as it may seem.

As your pregnancy progresses a hormone known as relaxin is released into your system. The purpose of this hormone is to loosen and relax your joints and ligaments in preparation for the baby. Since there are some ligaments in the pelvis as well these loosen and that is why your hips or pelvis can get very painful as the bones grind against each other especially in late pregnancy.

With this loosening you may gain a few centimeters as you go along. The doctor measures your true pelvis from the scan usually while it is still intact so these measurements are not really reliable. They just give a rough idea. On that note, the average size of a pelvic inlet is 11cm.

During labor the bones in the baby’s head also overlap so as to allow it to push through. It is indeed a disturbing thought but the baby’s skull is usually not hardened at birth so it can mold itself as it is pushed out. Not even the doctor can tell you howmuch molding will occur to your baby’s head.

The tendency is that those with small hips will get worried about their ability to give birth naturally and they may even choose caesarean way before they are due. It can go either way as there are voluptuous women who have had difficult labor and small women who had an easier time.

Have confidence in your abilities since the body usually creates something it can handle unless there is an underlying problem. See your obgyn but don’t rush for that procedure because it might just go well.