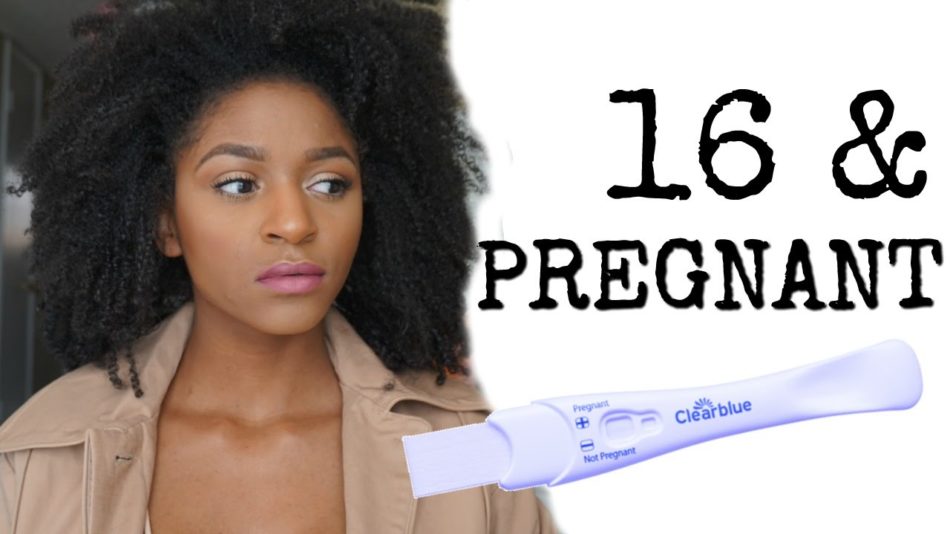 CAUSES OF TEENAGE PREGNANCY.There is only one cause that results in wanted or unwanted pregnancy, however, there are many causes of pregnancy among teenagers. It is the dreadful reality that many teenagers are forced to face when they engage in sexual activities. With their immaturity and low levels of understanding of responsibility, so many teenagers find themselves ill-prepared to handle the consequences of their actions.

Teenage pregnancy is rampant in Nigeria but in order to understand why this is so, we first need to understand the reasons that lead up to a teenager having sex in the first place.

During the period of puberty, teenagers frequently feel more pressure to make friends and fit in with their mates and it is during this period that peers have more influence on a teenager’s choices that their parents. This is so even for teenagers who have good relationships with their parents.

Many times, these teenagers allow their friends to sway their decision to have sex even when they don’t completely understand the consequences that come with it.

Peer pressure always potentially clouds good judgment and results in the teen engaging in risky behavior that they might not usually be involved in. As far as the peers are concerned, having sex is a way of appearing and sophisticated and cool but in most cases, the end result is teenage pregnancy.

A particular study showed that at least one-third of male teenagers feel pressured to engage in sex, while it’s about 23% in females.

For the sake of being conservative, many Nigerian parents are prone to evade the discussion about sex with their children. In some cases, they even give false information about it as a way of discouraging the children from discussing it.

But here’s the problem. Teenage girls are more likely to become pregnant if they receive limited guidance from their parents. When she feels like she can’t talk to her parents about sex, either because they aren’t around or because they’ve forbidden sex talk, she will be more likely to turn to her peers for guidance on whether or not to engage in sexual activities.

And what is the result? Misinformation and unwanted pregnancy, that’s what.

To make matters worse, any daughter born to a teenage mother is also more likely to be a victim of teenage pregnancy. This is because the teenage mother was not well educated on the topic of sex before she got pregnant which leads to a lack of proper communication with her children as well.

The influence of parents in preventing teenage pregnancies cannot be overstressed. It is your duty as a parent to impart the adequate education regarding reproductive health and sex to your teenage daughters and sons so that both they and eventually their children are always aware of the many aspects of teenage pregnancy.

We all hear or read about stories of rape or sexual abuse from high ranking officials to the touts on the streets. Girls who experience sexual abuse or rape are three times more likely to get pregnant before they turn 18. This is because the damaging psychological abuse that they go through makes them more prone to pregnancy as teenagers.

Not to mention the other unfortunate side effects of rape or abuse such as increased promiscuity, decreased self-control, and low self-esteem makes it easier for young girls to become pregnant.

These are especially common among senior high school and university students who find the glamour in dating older men. These girls are usually more likely to get pregnant before they properly reach womanhood, not to mention the sexual exploitations they face from older men for the sake of money, almost always leads to teenage pregnancies.

LACK OF CONTROL AND DISCIPLINE

When people engage in substance abuse, it could result in unwanted pregnancies, but for teenagers, engaging in alcohol and drugs tend to have lifelong consequences. Alcohol lowers a teenager’s ability to control their impulses so this, coupled with unrestricted interaction with the opposite sex can kindle the fires of passion and lust which very easily results in teen pregnancy.

Not only do these substances lower teenage inhibitions, but it also weakens their ability to use contraceptives like birth control and condoms. Alcohol and drug abuse can also lead to the inability to recognize unarranged pregnancy resulting in delayed prenatal care and terrible risks to the health of the teenager and her baby.

Another side to this is when some parents put too many restrictions on their kids, especially the females, in a bid to protect them from danger. Many Nigerian parents, especially those from religious backgrounds are very guilty of this. Unfortunately, this overprotection only gives rise to frustration and the child begins to feel like they are not loved and cared for, and it pushes them into the hands of those who they feel “loves” them. So if you are one of the parents in the category, remember that balance is the key to avoiding this issue.

A family’s socioeconomic status is usually determined based on their level of education and income, however, it can also be determined by their living conditions. Those with higher incomes are usually privileged with a life of opportunities while those in the lower class have fewer options and live in poverty. That said, living in poverty-stricken environments reduces such a teenager’s chances of access to health services and family planning.

This also means they are faced with a limited amount of knowledge regarding reproduction, sex, and contraception, are negligent towards birth control methods and are therefore more prone to teenage pregnancies than their higher-income counterparts.

Teenage pregnancies lead to so many other problems in society like unemployment, incomplete education, and social embarrassment as well as various emotional traumas. So as parents it is your duty to understand the various causes of teenage pregnancy and do your part in addressing it so that your children can grow up into knowledgeable and functional adults.CAUSES OF TEENAGE PREGNANCY.

5 Ways to Build Your Daughter’s Confidence