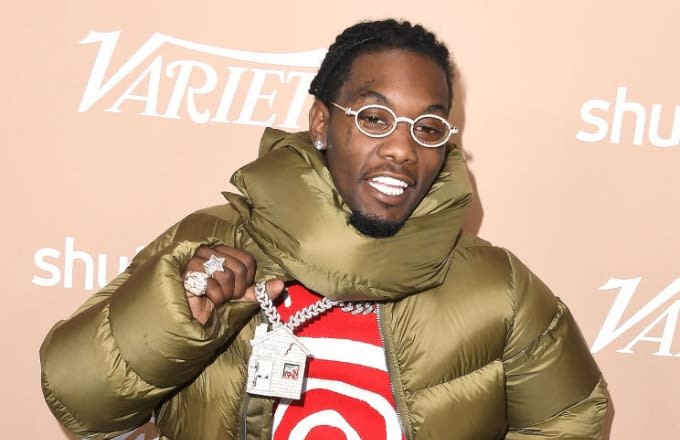 Offset, Cardi B’s husband has revealed how he once beat his oldest son bragging to other kid about how his dad is richer than kid’s dad.

Speaking on why he named his album Father of 4, he said:

“I did that for my kids. A lot of people only know about Kulture because of situations.”

Offset also stated that he does change his baby’s diapers.

“Yeah, I been doing that. Of course you got to. I feel like them moments be special too,because they know.”

On whether his other children are jealous because of the media attention his last kid Kulture is getting:

“Naw. He still a kid. I try to keep my kids kids, so that Instagram sh*t, ion really let them rock out on there like that. It ain’t never been no comparison. They be pressing me about seeing her. And we gotta put her on private planes because we don’t want all that.”

Speaking on the time he beat his oldest child, Offset said:

“One time, my oldest, somebody said something to him in school and he was like, ‘my daddy got more money than your daddy.’ I beat him, though! And how he told and the teacher telling me that it’s okay, I had to whoop him about that because I want him to be regular.”