Check out how drugs ruined this gorgeous lady, Amanda, in 4 months (video) 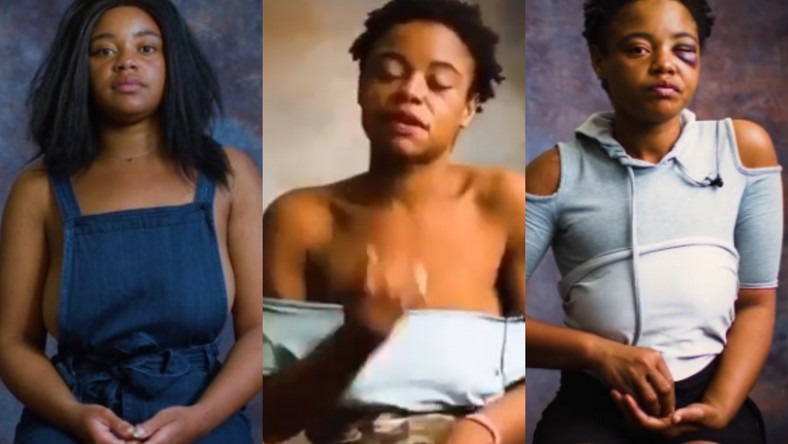 Crack cocaine’s damaging impact on the both mental and physical health of its users is practically beyond repair all this have been captured in a video that went viral right after being shared online by a photographer.

The video shared on YouTube by a photographer, Soft White Underbelly captured the quick degeneration of 24-year-old lady recognized as Amanda, after she got hooked on crack cocaine. She became a hooker and looked almost unrecognizable after she started using drugs.

The photographer who confessed a large number of people will be blaming him for taking advantage of the girl with her story, stated that his “goal is to make people who are strong and capable, wake up so that they can create changes that can prevent this from happening to the next generation of children”.

Before you order me to help Amanda please read this. No can stop Amanda. Not her family, not me, not you, not the church, not the rehab facilities she’s walked out of. No one. The purpose of my channel is to help us understand how and why this happens so that we can try to fix what’s broken in our country and hopefully, prevent the next generation of children from falling through the same cracks as Amanda has. I’m certain there will be a ton of commenters saying I should be “helping” Amanda instead of exploiting her, but you have to understand my aim with this channel of mine.

My goal is to make people who are strong and capable wake up so that we can create changes that can prevent this from happening to the next generation of children, not to try to fix the already broken individuals I photograph. There are many thousands just like Amanda out there. Let’s stop blaming the “exploitive” photographer and look at the real causes of this. There are many hundreds of thousand more Amandas out there and most of them have small children somewhere. Let’s fix the true causes of these problems instead of sitting on your sofa and blaming me. I’m simply informing you of the truth. ML

Here is the video below;