Checkout This couple who graduated from high school in 2015, got married and have bought a house in 2 years 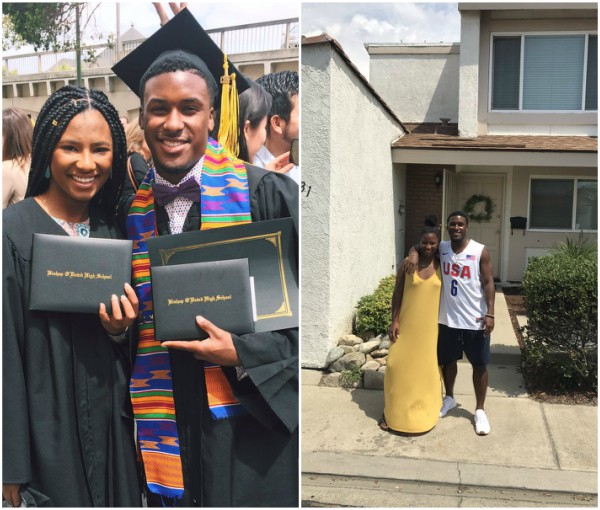 A Minister at Love Temple Missionary Baptist Church in United States, Bryce Monroe, has taken to Twitter to share testimonies of life after marriage with his high school sweetheart.

According to the minister of God, he graduated from high school in 2015 alongside his sweetheart, they got married 2 weeks ago, had their honeymoon in Jamaica and have already bought their own house.

Here are photos below;