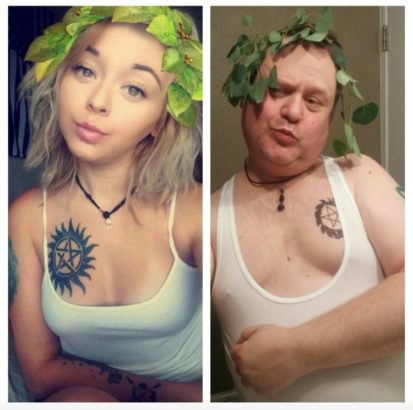 A dad, Burr Martin basically recreates all his 19-year-old daughter’s selfies. He has been doing this since last year and it gets better by the day

Previously speaking to HuffPost, Martin said he started recreating the selfies to teach some young men a lesson in respect.

“I saw she [his daughter] posted some provocative ones and what really bugged me was some of the guys commenting rude remarks like ‘you’re so hot!’ and all that,” Martin said.

“So I took a photo that was similar to throw water on the fire and asked, ‘what about me, guys!?’”

Thankfully, his daughter Cassie saw the funny side and Martin continues to recreate her photos on Instagram.