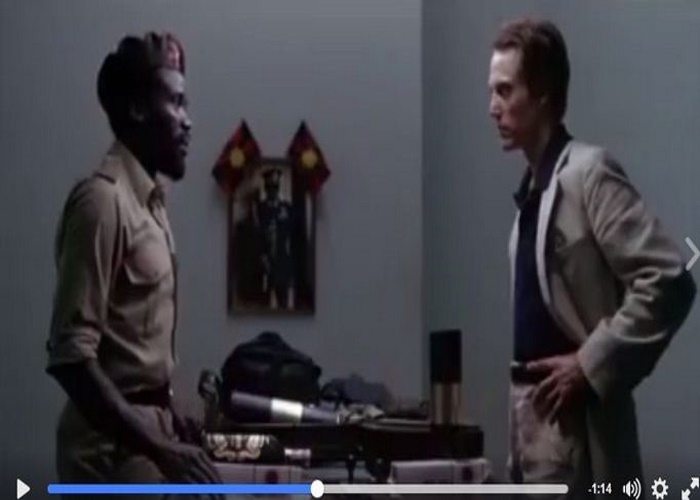 Bet no one knows legendary Nigerian actor Olu Jacobs once starred in a Hollywood blockbuster?

Pictured below is the veteran actor in the 1980 war movie “The Dogs of War’ based upon the 1974 novel of same name by Frederick Forsyth.

The movie was directed by John Irvin and starred other Hollywood stars like Christopher Walken and Tom Berenger as part of a small, international unit of mercenary soldiers privately hired to depose President Kimba of a fictional “Republic of Zangaro” in Africa, so that a British tycoon can gain mining access to a huge platinum deposit.

He played the role of an immigration officer.

Another photo after the cut