Children Are Consuming Twice As Much Sugar As They Should Be,Survey Reveals 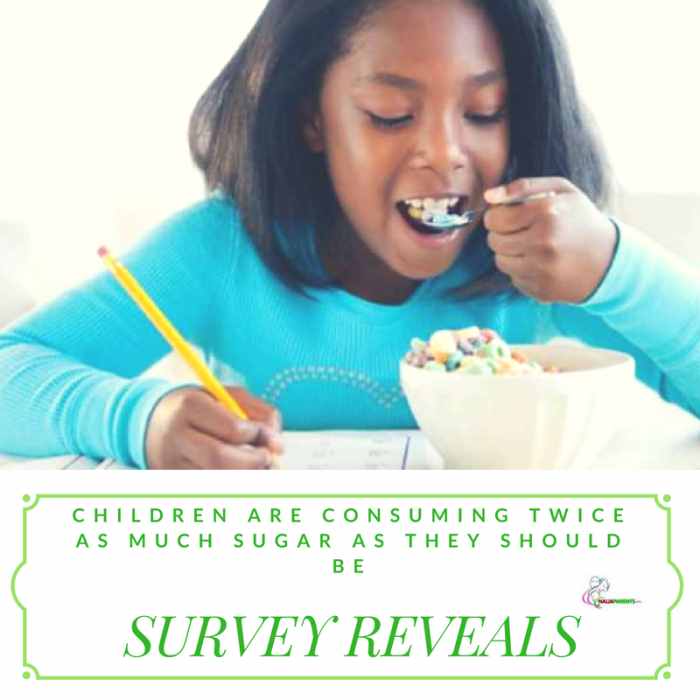 The results have been called ‘extremely worrying’.
Children aged four to 10 years old are consuming more than double the recommended daily amount of sugar, a national survey has revealed.

However, the report also found the consumption of sugary drinks in children has fallen compared to six years ago. Children aged four to 10 years drank 100ml of sugary drinks on average in 2012 to 2014, a decrease from 130ml/day in 2008 to 2010.

These results were from a survey of 1,258 children who completed a three or four-day food diary between 2012 and 2014.

These results were from a survey of 1,258 children who completed a three or four-day food diary between 2012 and 2014.

Aside from sugar, the survey found on average, teenagers manage just 2.8 portions of fruit and vegetables per day.

Only 8% of 11 to 18-year-olds met the five-a-day portions recommendation.

For children aged four to 10, 13% of their daily calorie intake came from saturated fat. This is 2% above the recommended 11%.

Responding to the survey, Professor Neena Modi, president of the Royal College of Paediatrics and Child Health told HuffPost UK: “The results are extremely worrying. It shows that sugar makes up about three times the recommended daily calorie intake.

“At a time when one in three 10-year-old children are overweight or obese, and one in three five-year-olds has tooth decay, the health risks posed by failure to tackle sugar intake are serious.

Professor Modi said she was surprised the UK Government childhood obesity strategy did not include a number of recommendations aimed at protecting children, such as a ban on advertising junk food and limiting their sale around schools.

“We call for these measures to be reconsidered in order to safe-guard the health and wellbeing of all UK children,” she added.

How much sugar should children eat? Advice from PHE

Age 11+ – less than 30 grams or 5-7 teaspoons per day
Giving her advice to parents, Modi said it is crucial for them to instil good habits in their children early to avoid high consumptions of sugar later in life.

“Give children water to drink from a young age and train their tastes early in life,” she said.

“It’s a message to everyone that introducing healthy habits is important.”

Jenny Edelstein, a child nutritionist at Brain Food London told The Huffington Post UK: “The survey highlights the ongoing need to tackle unhealthy eating habits for children and teenagers in the UK.

“Although it is encouraging that consumption of sugary drinks has fallen in the past six years, this has unfortunately not been enough to bring sugar consumption down to an acceptable level.

“It remains crucial for parents to take action in the meantime to prevent obesity and disease. In addition to monitoring their children’s consumption of sweets, parents must be mindful that processed foods, ready meals, sauces and condiments all contain high levels of sugar and should only be consumed in moderation.

“Ideally these foods should be replaced with fresh fruit and vegetables, as most children in the UK are currently far from meeting the ‘five-a-day recommendation.”

Dr Alison Tedstone, chief nutritionist at Public Health England, said: “While it is encouraging that young children are having fewer sugary drinks, they still have far too much sugar in their diet overall, along with teenagers and adults.

“To help tackle this, PHE is launching a programme to challenge the food industry to remove at least 20% of the sugar in its products by 2020. It’s an ambitious programme, a world first, and will be a significant step on the road to reducing child obesity levels.”

Comments to Children Are Consuming Twice As Much Sugar As They Should Be,Survey Reveals