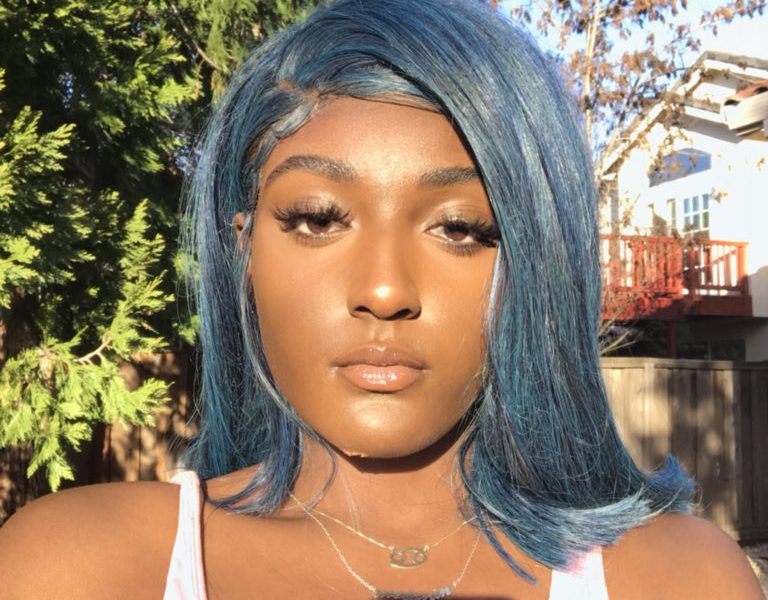 A lady who suffered domestic violence has shared her story and pictures of the injuries she sustained.

According to her, she kept the whole incident to herself for six months but now she is courageous enough to summon the police to facilitate the abuser’s arrest. “TW: Domestic Violence It’s taken so much strength for me to even type this all out. These photos are from January, today I finally decided to call the police on my abuser.

I didn’t post this for sympathy. I posted this bc I feel like I’ve been silencing my voice for someone who doesn’t love me. Abuse isn’t love.This for anybody whose felt so weak inside & tried to remain tough convincing themselves they could never be that girl.

In 6 months I’ve only confided in 1 person. It eats at me almost everyday, this man is somebody that is admired by the people around us & ive gotten to see all of his demons. Im tired of it, I’m tired of appearin stronger than I’ve actually been. Speak up. Dont suffer in silence.

My chin was one inch from being so busted I had to get stitches. I walked around with a huge bandage for weeks not telling anyone what happened. Told my mom I fell going up some stairs. Why because I knew I wasn’t going to leave him alone. I felt bad. I thought it could be fixed.

I edited photos where my scar couldn’t be seen. I couldn’t accept that this was my reality. That. I fell in love with someone like that. I permanently have a scar there now.

The hardest part about leaving is accepting that this is even your reality. I convinced myself it was just a ‘hurdle’. We were together 3 years this all happened 6 months ago. YOU DONT DELIBERATLY PICK ABUSERS. ITS NOT YOUR FAULT.”