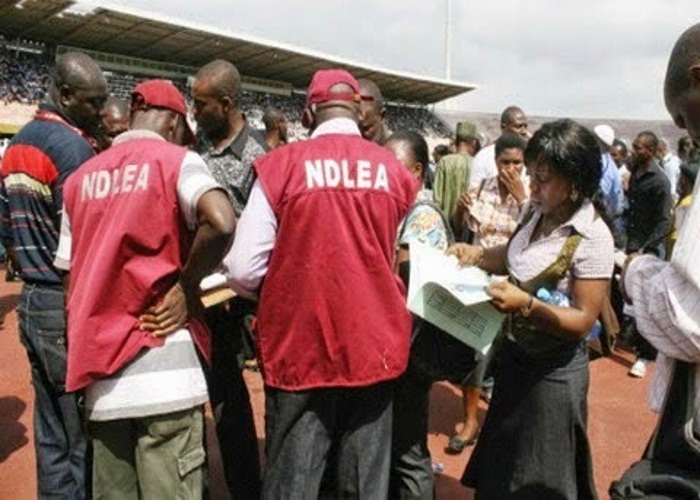 The family and church members of the 43-year-old pastor, who was apprehended by operatives of the National Drug Law Enforcement Agency (NDLEA) for allegedly trafficking heroin as he was returning from ministers’ conference in Uganda, have fled.

An EagleOnline correspondent visited the pastor’s home on Thursday, only to discover that his house, located at Block 326, flat 3 was under lock. Neighbours said they did not know the whereabouts of his wife and child.

Many of the residents asked about the man of God, quickly dashed into their apartments, to avoid answering, while those who answered said they did not know any pastor.

His church, Gospel Faith Mission International, located at Olayemi Assembly Area of Ipaja, was also deserted as no person was seen.

Akintola was found with 1.978kg of heroin concealed in a false bottom of his luggage. Akintola was arrested at the Akanu Ibiam International Airport (AIIA). Akintola who claimed ownership of the bag containing heroin said that he was returning from a pastor’s conference. He said:

“I’m a pastor with Gospel Faith Mission International, Olayemi Assembly, Ipaja Lagos. I attended a minister’s conference in Uganda. This bag where heroin was found is my bag but I’m pastor and not a drug trafficker!”

NDLEA spokesman, Mitchel Ofoyeju, said that the suspect who lives in Lagos could not produce evidence that he actually attended a minister’s conference in Uganda.

“Besides, he also did not give any reason for leaving Entebbe, Uganda en-route Addis Ababa to Enugu,” said Ofoyeju.

A neighbour in the estate where Akintola reside, who spoke on conditions of anonymity, said for about a week now, she had not seen the pastor. She said:

“We just moved into this area. I used to see him play with people. He looked very humble and friendly. Everyone calls him pastor; I don’t know the particular church he pastors. His wife has been alone for some time. But where the husband travelled to, I do not know”.