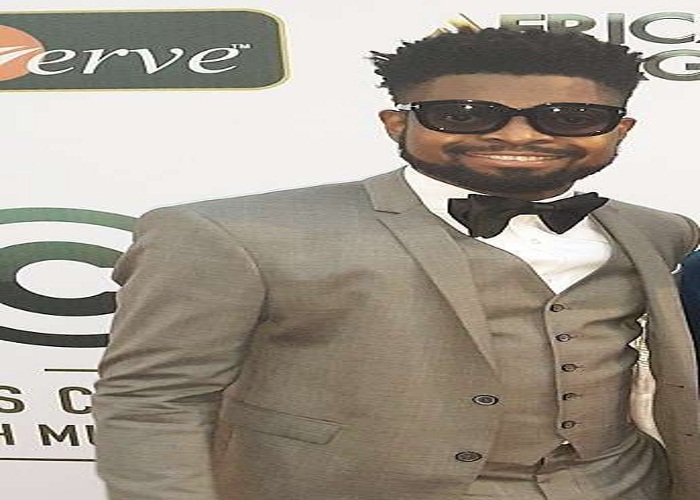 On Saturday  March 7, 2015, the prestigious Africa Magic Viewers Choice Award (AMVCW) 2015 ceremony was held at the Eko Hotel and Suites.

During the course of the show, popular Nigerian Comedian Bright Okpocha,a.k.a Basketmouth took to the stage in a sharp two-piece grey suit and did his magic on the crowd. 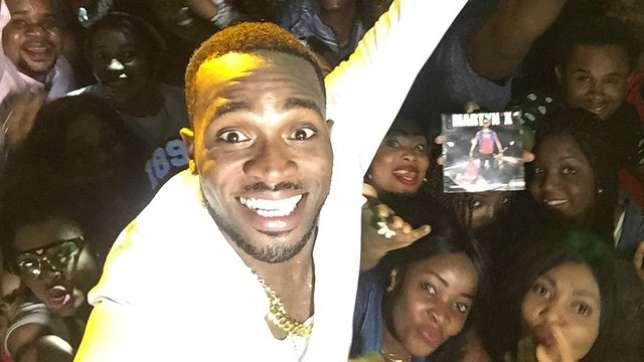 Basketmouth’s jokes begun with the white/gold/blue/black dress that was trending few weeks back.

He joked saying Nigerians mostly saw blue and black because we are depressed and why wouldn’t we be when D’banj is still making music and Tonto Dikeh now sings.

Tonto Dikeh who was sitted in the audience wearing a red and gold dress reacted to it by shaking her head and did what looked like a silent prayer.

Tonto Dikeh is known to be a member of D’banj’s DB records and recently shot a video for her song ‘Sugar Rush‘.

D’banj on the other hand seems to be doing all he can to evade the fact that he is being summoned to court. He is currently touring as part of his 10th anniversary movement and performed at Industry Nite Dubai last Wednesday.