CONCEPTION: FROM EGG TO EMBRYO 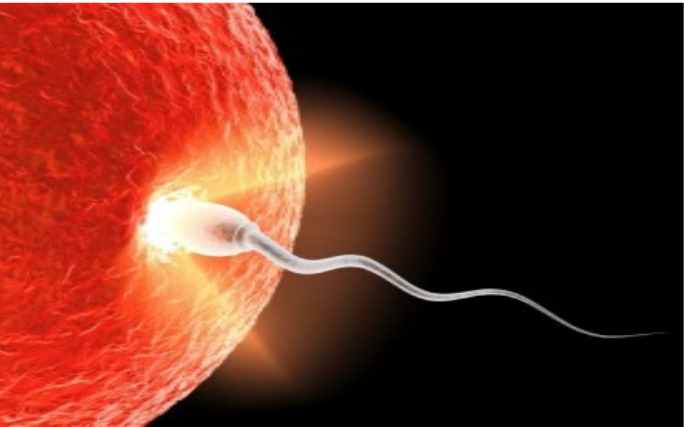 THE MOMENT OF CREATION: LIFE HAS BEGUN

Ovulation is something a woman will go through every month throughout the life of her menstrual cycle. Most women are born with two ovaries. It is from these two ovaries that an egg is released every month, allowing a way for the sperm to join with the egg for procreation.

The Journey through the Fallopian Tubes

The egg is released into the fallopian tubes after ovulation. After its release and while on it’s journey, it is there that the egg is able to be fertilized by a sperm.

Each man’s sperm count may vary, but science shows a man can ejaculate upwards of 40 to 150 million sperm at a time. This in and of itself provides a prime opportunity for pregnancy.  Sperm can live for up to five days in some instances, with most surviving for a total of 72 hours.  Even though a man may ejaculate millions of sperm at one time, there is only the chance of a few hundred sperm surviving the long and dangerous trek to the released egg.  Healthy sperm will be able to make their way through the myriad of obstacles standing in their way. All it takes is one strong sperm to encounter the egg, and new life is born.

When Sperm and Egg Collide

The process of fertilization usually takes about 24 hours. After the sperm and egg come together, the egg forms a sort of barrier so that no other sperm may penetrate and join with the egg.  From the very moment of conception, the baby’s gender and genetic makeup is complete.

The Dividing of the Cells

After the egg has been fertilized, it divides into many, many cells. After this occurs, the fertilized egg will then travel down the fallopian tube into the uterus. This will usually take somewhere around 3 or 4 days.

After the fertilized egg has split into many cells and made its journey into the uterus, it will complete the process ofimplantation. Implantation is when the egg will attach itself into the uterine wall, where it will   stay. From here, the cell will continue to divide and begin to grow.

Changes in Hormones within the Expectant Mother

As early as about a week after fertilization and implantation, hormonal changes may be felt by the expectant mother. The hormone that develops within an expectant mother is called Human Chorionic

Gonadotropin, more simply known as hcG. This hormone may be detected by home pregnancy tests or blood tests at a doctor’s office or clinic to confirm pregnancy. Levels of the hormone at certain stages will vary from woman to woman.  At about four weeks, and usually after a missed period, any woman who suspects they may be pregnant will most likely get a positive or negative test and feel sure about the results. It is always best to wait until a missed period before testing.

How the Baby Develops

After implantation occurs, the embryo will continue to grow. Some of the cells from the fertilized egg will turn into the placenta, and others will go on to become the embryo. Most pregnancies go smoothly and without complications, and are something to be celebrated. At about 5 weeks along, the baby’s heart is beating. Eight weeks into the pregnancy, the baby is about 1 inch long already. There are so many things at work within this wondrous period of development, and it truly does take a lot out of the expectant mother. Therefore, it is important for the mother to get adequate rest, proper nutrition, and be sure to take her prenatal vitamins to provide the best possible chance for a healthy pregnancy, and a healthy baby.  Full term births will occur at or around 40 week’s gestation.  Anything significantly short of that will be considered a pre-term or pre-mature birth, and efforts may be used to try to stop the labor.