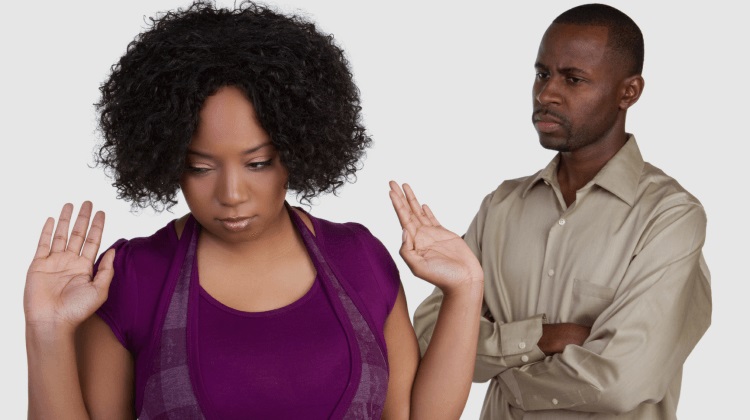 I might need some guidance as to how to explain to my husband that I do not want to have sex with him ever again. A little back story: I asked for a divorce or separation last Monday and he has had some issues agreeing to it. Which is completely understandable. He is now making an effort to save the marriage, however my mind is made up and closed off to the thought that we can truly work. I can’t leave the house and don’t really have anywhere to go. Regrettably, I don’t live in an area where I have family close by that I could stay with and i don’t have any friends in the area also.

I have told him in plain terms that I don’t want to have sex with him. He said okay, however I could tell he was very dissatisfied by that. His attempts to ‘get me in the mood’ have been continuous and invasive. The latest attempt, he kept physically trying. I explained to him I didn’t want to and he continued to try regardless of this. We do have separate sleeping arrangements. This happened in the middle of the day while I was getting some alone time in the spare room (my room). He wasn’t forceful. But simply persistent.

I spoke with him once again after all of this happened and I was a lot more straight forward. I told him I did not want him to do that again because it made me feel extremely uncomfortable. And that if it happened again, I would have no choice but to take some drastic steps because of how uncomfortable I was. I felt very uncomfortable and think that lines were definitely crossed. He seemed to understand now, but I guess only time will tell if he takes it seriously.

ALSO READ:My Husband Joined A Cult & Tried To Sacrifice Us

I would like a way to make sure he understands again. I want to gets the message to him loud and clear. I equally do not want to make him feel resentment towards me, because I don’t want my life to be extremely uncomfortable for the next couple of months before I can leave the house..