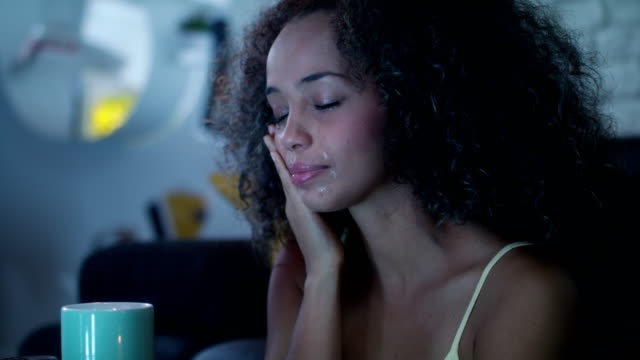 I am extremely pained at what is happening. I really don’t know whether or not to blame corona or be grateful for it for what is happening in my marriage. I’ve been married,going to be Several years in June. My hubby works very hard,both of us do, so our life is majorly our job.

One way or another,we strive to balance things particularly for the benefit of our kids. I work in a media outlet organization and hubby works in oil and gas. I really love my hubby. I never in my wildest dream think my hubby was having an affair. I understood that we were not perfect but we were not having problems to the best of my knowledge.

ALSO READ:My husband won’t go down on me and I don’t know how to communicate how much it hurts my feelings.

By Tuesday, I spoke with a good friend and was simply discussing with her my worry for my hubby still going to work…she was taken aback to hear my hubby was going to office. She told me she has it on very good authority that a majority of oil and gas organizations have shut down since a week ago.

My good friend called me back and confirmed it. I was baffled. Perhaps my husband’s organization was different? I inquired from him after he came back from work. He explained not every individual is permitted to work from home,some individuals will still be going to work.

On Wednesday morning,I phoned his mobile phone many times with no response. I phoned his workplace ,no response. That is when I remembered I saved his colleague’s boss one time to wish him happy birthday.

I phoned the colleage,apologized for disturbing him but I wanted to talk to my hubby cos I couldn’t get him on his mobile phone. The coworker was like,is he not with you…I said no. He told me the office closed since Monday and also has not seen my hubby ever since then. I thanked him and dropped the telephone.

ALSO READ:He suspects me too much. What should i do?

My hubby was being untruthful to me…why? so where has he been going to if he’s not going to work every single day? I didn’t say anything to my hubby after he came back home around 9pm that day. I tried my best to maintain calm.

Following day,the minute my hubby went to work, I followed him from a distance and drove a couple of meters well behind him. He drove to the Omole (not real location). I followed him until eventually he stopped in front of a gate and got out. I saw him park his car,get out and the gate opened and a woman opened up the gate and he got in.

I sat in my car for a few minutes,trembling and perplexed. I didn’t know what to do. Should I stay and wait around for him to come out or go to that gate to find out who is the lady my hubby is with. I got out. Came to the gate and knocked. A gateman opened.

I explained to him I was looking for the person who’s car is parked outside the house. I told him,the man dropped a purse as he got out of his car. I needed to give it to him personally. The mumu gate man didn’t even ask me a lot of question…he just directed me to the apartment and said…go there…na dia the oga dey.

I got to the apartment. Still trembling. I rang the bell. And then a lady opened the door. I looked at her and said to her,where’s my hubby? She recognized me and attempted to gather herself but it was far too late. I saw my hubby coming out,already naked only in his boxer shorts but when he saw me,ran back inside like a child…

I looked straight at the woman,shook my head without saying a word. I left quickly and drove back home where I cried . My hubby returned about 11am. Attempting to explain that absolutely nothing was going on,he was simply relaxing in a friend’s place. They are both taking care of a project,bla bla bla…

I informed him I previously called his coworker so I realize he had not been going to work. So,you visited a female business partner’s place to conduct business when everyone is on lock down? He sounded so ridiculous. Then he broke down and said,forgive me. I cant lie to you. I have offended you. I did something completely wrong.

Just how long has this been happening,who is this woman…she is a colleague, why her,…all he said was I’m sorry,I made a mistake. What have I done wrong to deserve this? I’m a good wife. I work very hard to bring in money into the home,I gave you two kids:boy and girl… I give you s*x whenever you ask. I cook…I dress fine…I still look really good..why in the world did you start being unfaithful for….

My hubby has since being unable to give an explanation of what’s going on. undoubtedly,an affair…but he is declining to give me details and its driving me crazy. According to him no need for the details but he is completely wrong. I have to know…how do we go forward if I are not aware of the details?

All I’ve been doing is cry since on Thursday. I don’t be aware of which place to go to,in this lock down….I feel so pained,betrayed and lonely. I told my pastor who called him a couple of times but he failed to pick up. I don’t understand him anymore.

Please how can we make progress if my hubby doesn’t want to discuss all the burning questions in my head?

Exactly like the virus,I feel these last couple of days have been a nightmare….Now I need your advise.