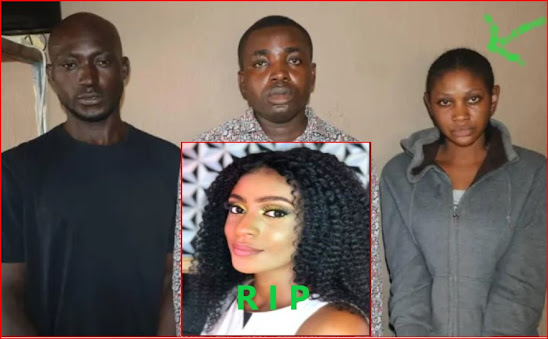 The Federal Capital Territory (FCT) Police Command on Monday, May 16, 2022 paraded three suspects arrested in connection with the murder of Stephanie Terungwaa, a female member of the National Youths Service Corps (NYSC).

Jennifer Tsembe, 26, Monday Simon (a.k.a. Black), 36, and Solomon Abu, 35, all residents of the FCT’s Oguta Lake Maitama neighbourhood, voluntarily revealed their involvement in the evil conduct.

The Commissioner of Police, FCT Command, CP Sunday Babaji, stated that Jennifer conspired with other suspects, and killed the victim so as to be with the victim’s partner, Edward Achadu, who was her estranged lover.