Couple who have known since they were toddlers get engaged 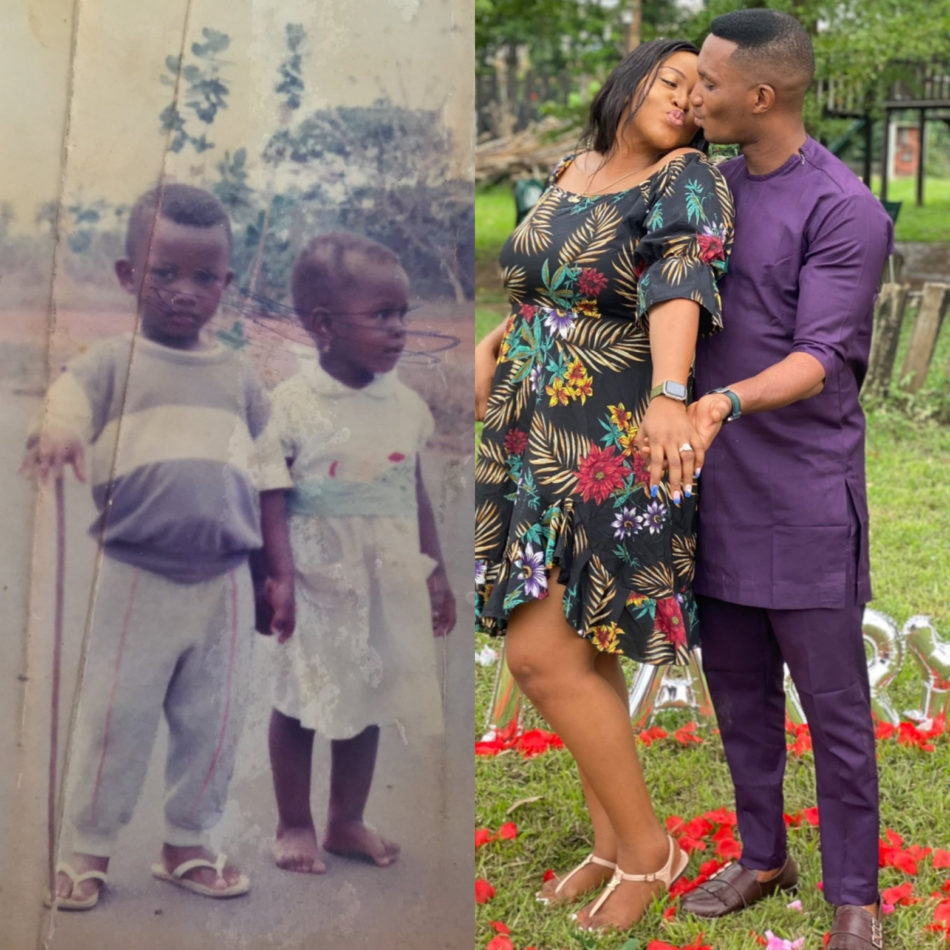 How it started Vs How it’s going: Couple who have known since they were toddlers get engaged

A couple are in celebratory mood as they are set to get married after the man, Ayobami proposed to his woman, Nimi whom they known each other since they were toddlers.

The man, proposed over the weekend and Nimi, accepted. They announced their engagement by sharing side-by-side photos of them as kids and recent photos taken at their engagement.