Couple’s only child who was born 10 years after marriage abducted in Okokomaiko, Lagos 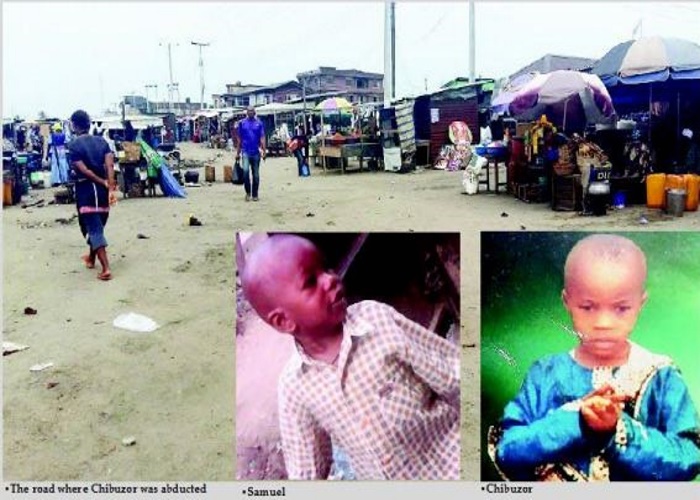 “That boy is my everything; My mother, my father, everything. It is as if my heart was divided into two and one killed. I have not been able to concentrate. I have not been able to think straight. I just cannot understand how that was possible. It was around 12pm on May 19, when I got a call that they were looking for my son. They had just returned from Thursday prayers and my housemaid gave him potato to eat. He was eating the potato outside and the housemaid was with him. She said a woman came into the compound that she was pressed and she directed her to the restroom. After easing herself, she said the woman came back and told her she was waiting for someone. Being a small girl, she did not suspect anything. She left the woman and then went inside to do something while my son was still eating outside. But when she came out, she only saw the plate of potato without my son and the woman was gone as well. They started looking for him and did not see him. That was how they called me. Since that time, no one knew how the woman took him away and no one saw him. I have gone to all the police stations in this area with his picture. I have also gone to the radio room but we have not seen him yet. I have been devastated since then. I have just been managing to survive. My wife too has been moving from church to church since she returned from the east. We are begging anyone with our son to bring him back. He’s the only child we have.” Only recently, two women were apprehended while trying to steal children in the area. In the last three months, cases of child kidnapping have been on the increase in the area. Ezindu Nwosu whose four-year-old son, Chibuzor, was kidnapped on June 24th while he was playing in front of his grandmother’s house in the same Okokomaiko area, said more than 10 kids have gone missing in three weeks. “There have been more than 10 missing children in the past three weeks. The thing is very rampant in this area. My son’s disappearance is still a mystery. They usually go to my wife’s mother’s house which is behind Okoko market whenever they close from school. Then, when we are done with our day’s business, we come there and pick them up. On that day, they came back as usual and after eating, his older brother went to sleep, while himself and his sister were playing at an open space in-front of the house. It was around 5:30pm. And so, my daughter came to meet me at my wife’s shop, which is less than 10 minutes walk from my mother-in-law’s place. I told her to go and bring her brothers while I walked behind her. But when she got there, she could not find him. They looked everywhere and no one saw him. I got there and we started asking people and no one knew anything. That’s just how it happened. I have gone to the police station and reported. I have not been able to go to the market since then. All I want is to get my son back. We just want him back. We have been moving from church to church and they keep telling us he’s still alive. I am begging the government, police and even those who took him to bring him back to us.”

Comments to Couple’s only child who was born 10 years after marriage abducted in Okokomaiko, Lagos