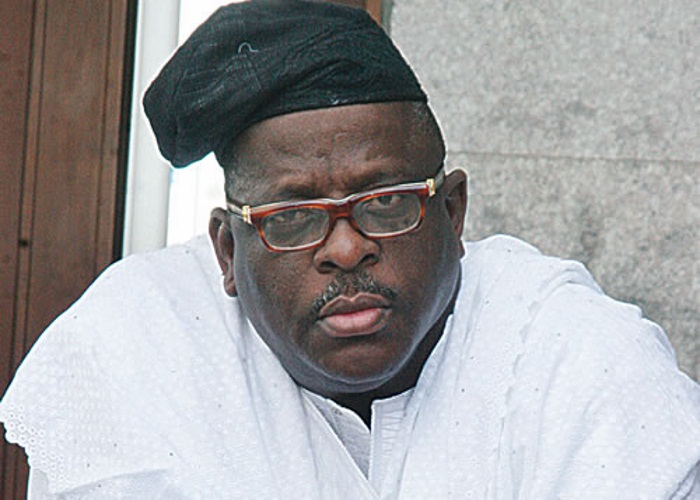 Read Press statement below…
A Federal High Court in Lagos has asked the National Drug Law Enforcement Agency to suspend all actions on the move to extradite the Ogun East Senator-elect, Prince Buruji Kashamu, to the United States to face trial on alleged drug-trafficking offences. The presiding judge, Justice Ibrahim Buba, while adjourning hearing in all pending applications on the subject matter till June 19, said on Thursday that status quo must be maintained till all the applications were decided one way or the other.
Pending before Buba is the committal suit filed by Kashamu against the Attorney General of the Federation and the Chairman of NDLEA, citing them for contempt of court. In response, the NDLEA has filed preliminary objection challenging the jurisdiction of the court to entertain the matter. Besides, the anti-narcotic agency is seeking the reversal of the court order of May 26 which directed it to withdraw more than 50 of his operatives which had laid siege to Kashamu’s house.

At the resumed proceedings on Thursday where the AGF, NDLEA Chairman and Kashamu himself were expected before the court, the NDLEA lawyer, A. M. Sunday, said the agency had yet to be served with the originating processes in Kashamu’s committal suit. Sunday said all that the agency received was the court’s order of May 26 directing it to withdraw its armed operatives from Kashamu’s Lagos residence. The lawyer, however, said the NDLEA had filed a motion seeking to set aside the court order, adding that the jurisdiction of the court was also being challenged.

However, Kashamu’s lawyer, Mr. R.A. Oluyede, in opposition to NDLEA, said the agency’s motion had no relevance, saying it had been overtaken by events. Oluyede urged the judge to make additional orders to prevent NDLEA from overreaching the court. He urged the court to nullify any warrant of arrest that might have been obtained through any source in an attempt to extradite Kashamu.

He urged the court to declare the fresh move by the respondents to commence extradition proceedings against him in the face of the existing judgment of the court restraining them from doing so. He also sought a court order directing the Inspector General of Police to provide security for Kashamu to prevent the respondents from making any attempt on his life. But Buba, in a bench ruling, declined granting any of the newly sought orders but ordered all the parties not to take any action capable of undermining the processes before the court.