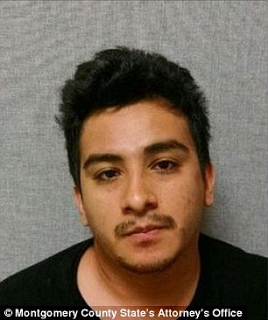 A monstrous 24-year-old Maryland father, Robert Davidson, pleaded guilty to sexually abusing and killing his 10-week-old daughter last year. Davidson appeared in court on Monday to answer the charges of sex abuse of a minor and first-degree child abuse resulting in death in connection to the June 2015 slaying of his daughter, Aleah Thompson.
The baby girl’s mother, 22-year-old Lorena Thompson, pleaded guilty to neglect of a minor in July and was sentenced to five years of probation.

Prosecutors said that Thompson had seen bruises on her daughter’s body and suspected that her boyfriend had been physically abusing Aleah but did not do anything to protect the infant or alert the authorities. 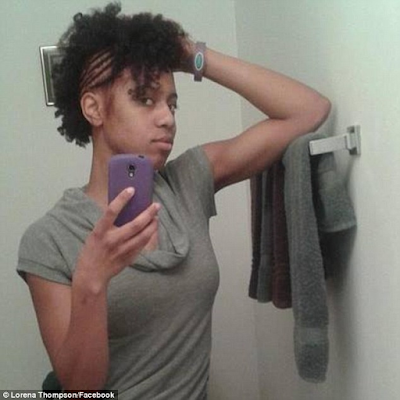 According to a press release from the Montgomery County Police Department, at 7.18pm on June 23, 2015, Robert Davidson called 911 to report that his daughter was unresponsive and not breathing. Paramedics arrived at the couple’s home on East Argyle Street in Rockville, Maryland, and rushed the infant to a nearby hospital. Aleah Thompson was alter airlifted to MedStar Georgetown University Hospital in Washington DC, where she succumbed to her injuries three days later.

The Office of the Chief Medical Examiner subsequently ruled Aleah’s death a homicide caused by multiple blunt force injuries. An autopsy of the baby showed that the 10-week-old had suffered a broken collarbone and had 34 rib fractures in various stages of healing. The injuries were the result of what has been described as at least three ‘severely traumatic events.’
Aleah had injuries to her head, eyes and spine. A forensic anthropologists concluded that the abuse started when the infant was only two weeks old and the last of the incidents took place just before her death.
Aleah’s parents were arrested in late August 2015, nearly two months after the baby’s death.

During his initial interview with police, Robert Davidson said that on the evening of June 23, he was looking after Aleah while his girlfriend was at work. He said he was playing video games when he heard sounds of labored breathing coming from the bedroom. He went to check up on Aleah and found her unresponsive and limp. He then tried to revive her by performing CPR before calling 911 for help. 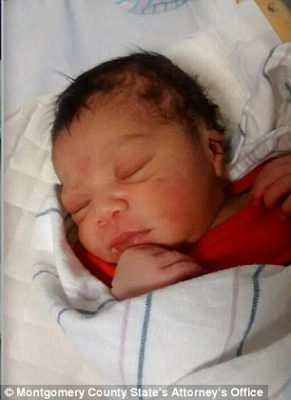 However, during subsequent interviews, Davidson admitted to ‘committing acts that constitute sexual abuse of a child.’ He also revealed that he had dropped Aleah several times in the past and ‘aggressively’ shook the baby at least once on the day of the incident.

When Lorena Thompson was questioned by investigators, she admitted that she had seen bruises on Aleah on more than one occasion, and that those injuries occurred while the baby was in her boyfriend’s care, but at no time did she seek medical attention for the new-born and she didn’t even take the baby to her two-month medical checkup because she knew the doctors would have discovered the injuries on the infant.

Thompson, who is a chef by trade, also has a 5-year-old son from a previous relationship.

It has not been specified why Davidson was charged with sexual abuse. His attorney said cryptically in court on Monday his client had told police he was trying to remove ‘mucus and other substances’ from Aleah’s body, but that he did not do it for sexual gratification.

Davidson is scheduled to be sentenced in February. He faces up to 50 years in prison.