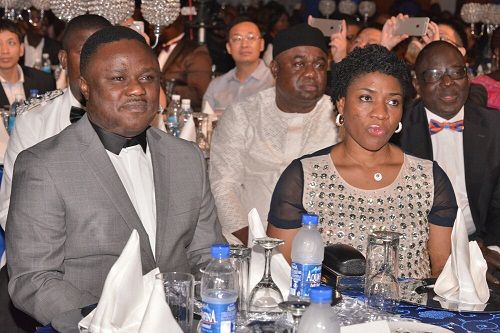 Governor Ben Ayade of Cross River State said,on Thursday that he married his wife as a virgin, which is the pride of Africans, who value the virtues of chastity.
Ayade, who made the disclosure in Calabar, while delivering a lecture on the HIV/AIDS scourge to mark the 2016 World Aids Day, said the greatest gift any woman could possibly hand to her husband was to present her body as a virgin to him.
He said:

“I should say to the teenagers here today that when somebody leads you to the altar, at the end of that day he should be glad to say I married my wife a virgin.”

“”when people use condom, they think they are safe which is the major cause of infection because evidence abound that the use of condom does not provide total protection against HIV/AIDS since the condom itself has small holes that are 0.05 wider than microbes, which makes HIV virus to pass successfully.”

He said the best protection against infection is total abstinence and test before marriage by couples and staying faithful to each other because the virus has the capacity to live in the body of an infected person for 25 years in some cases before the viral load overwhelms the body.