Daddy Showkey lambastes Mamuzee twins, says they abandoned their mother for 17 years because a pastor told them she’s a witch 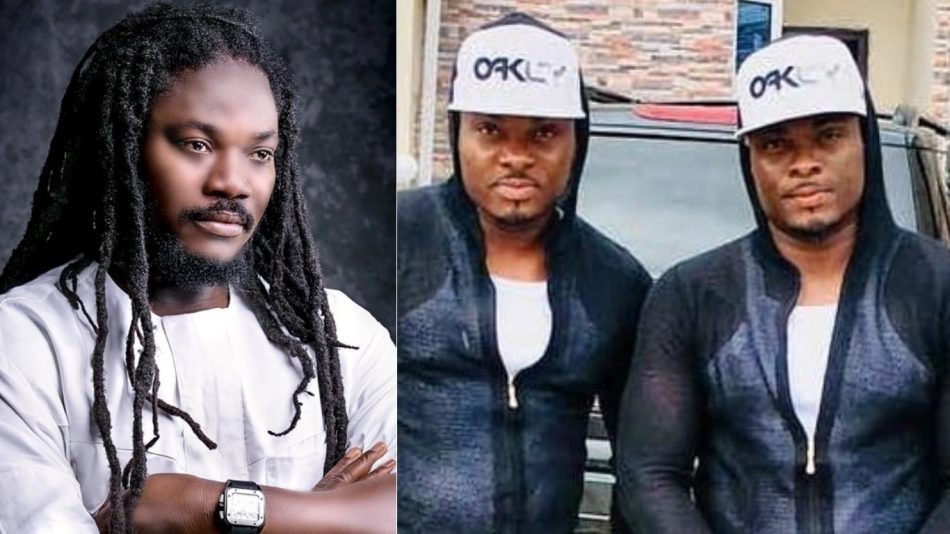 Nigerian music legend, Daddy Showkey, this morning took to social media to lambaste singing duo, Mamuzee twins, for abandoning their mum for years until she fell sick and died.

According to him, he told them to call their mother when she was sick, but they failed to do so. However, When the woman died, the duo rush to social media to mourn her.

Watch video of how he lambasted the brothers below:

It was gathered that the music legend was reached moments after his post to find out what really happened and why he decided to call out the pair. He said:

‘no mind those bastard idiot boys, they are stupid idiots. Those boys abandoned their mother for 17 years because one idiot pastor tell them say their mama na witch. The mama wey born una, wey no kill una till una dey succesful, the woman born 10 children and all of una dey alive o’.

He moved on: “four days ago after they called me that the woman has been sick for a long time, I called the twins and told them to go and see their their mum and they said they are at a church in Warri doing 10 days fasting.

They even told me that its their pastor that’s telling them to stay away from their mother because they’ve been married for years with no child. And I asked why didn’t the woman who gave birth to 10 of you not kill any one? why didn’t she kill us all when we were all struggling in Ajegunle and she was the only one taking care of us?

He further explained why he took to social media to call them out saying,

‘I didn’t intend to say anything about this issue but when I saw their post on Instagram, I dropped a comment on it and they deleted it, that’s why i went on my page to call them out. Its so sad that they don’t know the value of motherhood’.