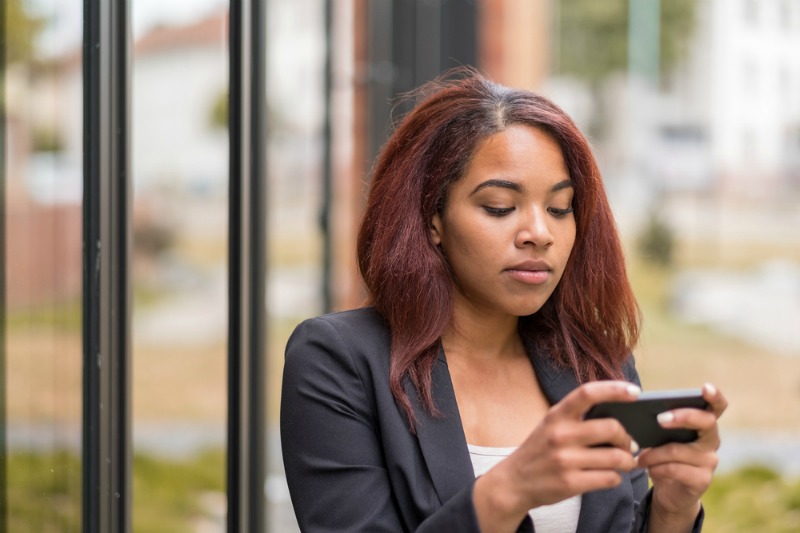 Are you dating a guy but still unsure about your relationship status? Do you meet with confusing responses each time you attempted to clarify things?

If you feel like your relationship is in a bit of a limbo and are still confused about whether your relationship with your man is just for fun or leading to something meaningful in the future, you’re not in this alone. There are lots of ladies out there who are feeling the same you feel.

There are lots of guys out there who just want to string you along. They are mere sexual vampires and can go to any length to get their sexual needs met.

One thing is sure, if your guy wants you in his future and is serious about it, he will let you know either with sincere words or genuine actions and wouldn’t make you feel like you are chasing a kite you can’t quite catch. However, if you’re feeling confused about your relationship status with him and you feel he’s just stringing you along, then it’s time to frankly confront the issue and ask him.

But before you do that, here are 5 signs that your guy is stringing you along:

He Doesn’t Always “Have Your Time”

Don’t get this wrong! Whenever he needs companionship, validation, sexual release, or other personal advantages, he’s got all the time but whenever you need him for something more relevant to your relationship, he always has to “get back to you.” Maybe you want to do something with him, such as going shopping, to the eatery, or the cinema, but he always respond with “let me get back to you.”

This is one sign that your guy is stringing you along. He’s only putting you on hold in case something better comes along like going out with his mates or meeting a new babe.

Remember, being a second or last choice is never a good sign in a dating relationship and certainly a sign that he’s stringing you along.

He Doesn’t Text for Weeks​

Are you the one doing all the texting and always waiting for your man to reply? And if you don’t message, it may take weeks before he texts you – and when he eventually does, it’s the sweetest and flirty texts in the word. That’s nothing but a red alert that you’re the last thing on his mind and he’s possibly stringing you along.

If this is exactly what your guy does, then it’s time you stop chasing his “kite.” You’ll honestly be better off without him.

Better still, you can always try to speak with him first and make him realize what exactly he’s doing that makes you feel like you aren’t important to him. If he agrees to change, fine, give him a chance – just one chance. But if disagrees, then it’s time to move on with another man who will love, cherish, and treat you like a princess.

He Texts You A Lot About Nothing Meaningful

“Nothing meaningful” doesn’t mean that his texts have no meaning. It means the texts are irrelevant to the future of your dating relationship.

This sign seems like an exact opposite of the previous sign, where the guy doesn’t text at all. In this case, the guy sends texts but the texts are not on plans to build your relationship or make you happy. If your guy sends texts that are all about himself, his job or work, what he’s done or achieve, and what he wants, that is a sign that he’s just thinking about himself.

Basically, if your guy talks a lot about himself and never asks about you or asks you out, then it is likely that he is stringing you along. You shouldn’t be the one to always initiated relevant discussions and plans about your relationship and yet meet with an extremely vague response.

If this is what you usually experience in your relationship, then it is time to either talk it out or walk away.

He is Never There

Why should you keep yourself in a relationship where your guy doesn’t seem to have the time to see you let alone spend the week with you – the weekend is even a “no-no?

If your guy is always too “busy” to see you, meet up with you for lunch, spend quality time with you in a week – even when he’s supposedly available – then something is wrong with your dating relationship and I’m afraid your guy is stringing you along.

If your guy really takes his relationship with you more seriously, he’ll go out of his ways to see you and spend quality time with you – even if it will cost him giving up some other engagements.

You’ve Never Been His Plus One​

This is one clear sign that your guy doesn’t want you to always appear around him in public. If your guy has been to several social events where he’s able to bring along someone special but he hasn’t ever asked you to come along, then it’s obvious he’s only stringing you along.

You need to discuss amicably with him first about the issue and ask him why he hasn’t made you his plus one to social events. He may have a tangible reason, otherwise, walk away.

Other signs to look out for in your relationship include:

Commitment – does your guy show any commitment in the relationship? If your guy isn’t looking for a committed relationship and isn’t ready to put in effort into the dating relationship, you’re being strung along.

Fine, there may be attractions but that is not enough reason that the dating relationship has a meaningful future.

Marriage topic – if questions about marriage crop up and his answer is always “maybe someday.” Then you’re not safe. A sincere guy should not always be vague on the topic of marriage. Don’t waste your time with a guy who doesn’t want to lose you but still isn’t ready to commit to you.

As you have seen, these are just a few warning signs that he’s stringing you along. If you notice any of the signs in your relationship, it’s advisable to let go. However, you decide what you want from the relationship, so make the best choice for yourself.

Remember, you’re so precious and deserve nothing but the best in your life, including your dating relationship.